Going on a safari in Botswana, is to make the choice of authenticity. Like Tanzania, Botswana chose to implement an elitist tourism policy with extremely high park fees to limit the number of visitors in the reserves. As a result Botswana parks and reserves offer a pristine environment from which emanates a bewitching atmosphere.

Botswana offers a great diversity of landscapes from the Kalahari desert in the centre and south of the country to the wet savannahs of the Okavango delta in the North. Botswana's savannahs and those of Southern Africa in general are very different in nature than those of Eastern Africa. Less great plains, more bush, scrubs, woodlands and mopane forests. As a result herbivores are more likely to form little groups of dozen individuals than big herds. However, some herbivores such as the lechwes, the buffalos and the elephants may still form a herds of more than a hundred strongs. If the density of herbivores is slightly inferior to that of Eastern Africa, Southern Africa offers greater diversity. For instance a lot of species found in Southern Africa such as sable and roan antelopes, greater kudus, pukus, lechwes, nyalaa and gemsboks are either rare or absent from most Eastern African parks. 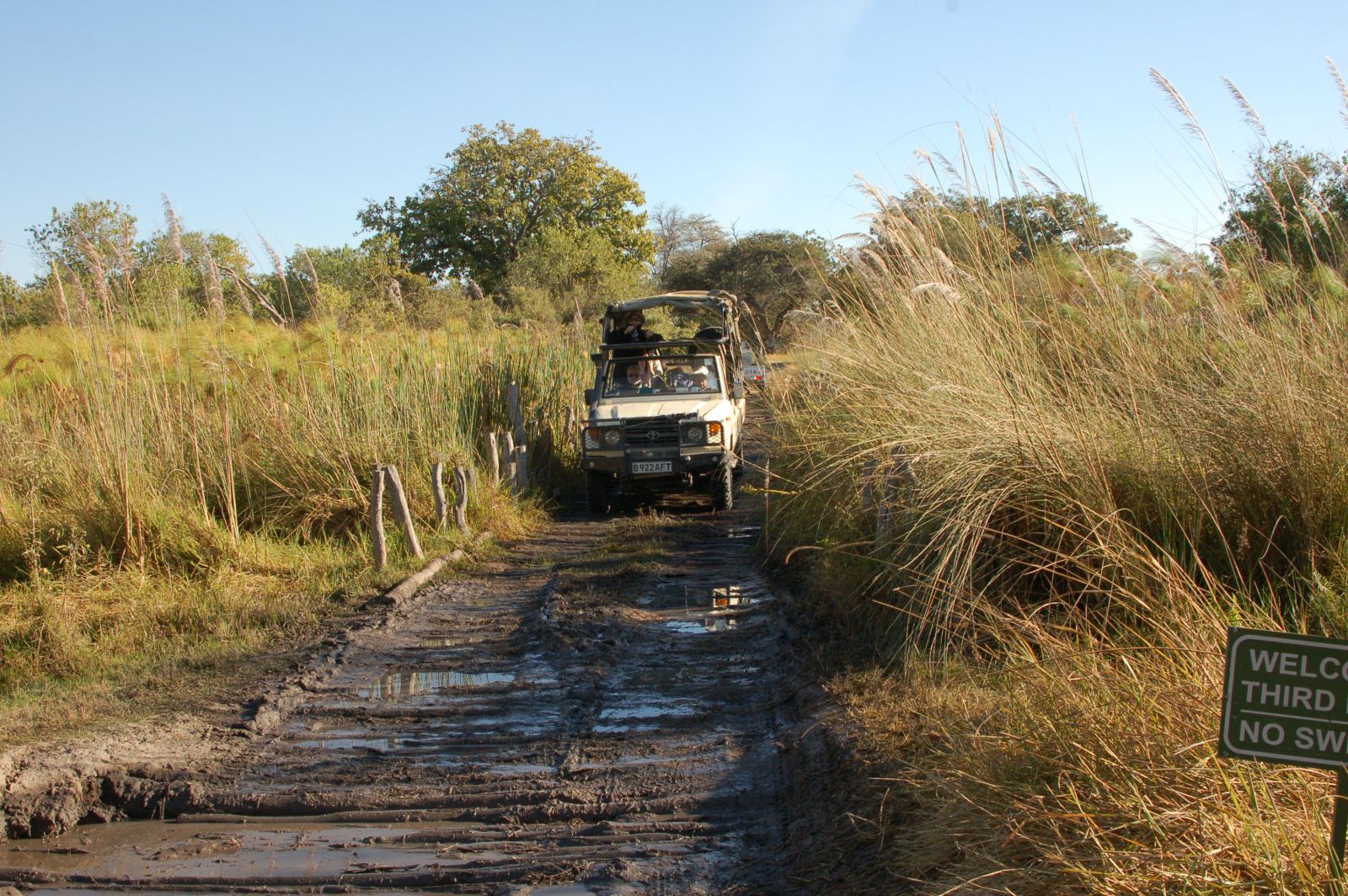 Moremi game reserve is located in the heart of the Okavango delta and is one of the most beautiful reserves on the continent. The different ecosystems in the reserve support a varied and rich fauna: antelopes of all kinds, buffalos, giraffes, elephants, lions, leopards, cheetahs, spotted hyenas, jackals. Moremi is also one of the rare reserves in Africa where you have a reasonable chance to see wild dogs, one of the most threatened carnivores in Africa. Other rare animals present in the reserve include the sable antelopes or the sitatunga which haunts Okavango channels. Moremi is also the sole reserve in Botswana where you can still see white rhinos but only on Chief’s island.


- pristine and preserved environment
- bewitching reserve located in the heart of the Okavango delta
- the presence of rare species: wild dogs, sable antelopes, sitatungas, lechwes
- white rhino only on Chief’s Islands
- low number of tourists giving you this feeling that you’re the only one there


- cheetahs and leopards sightings are far from guaranteed 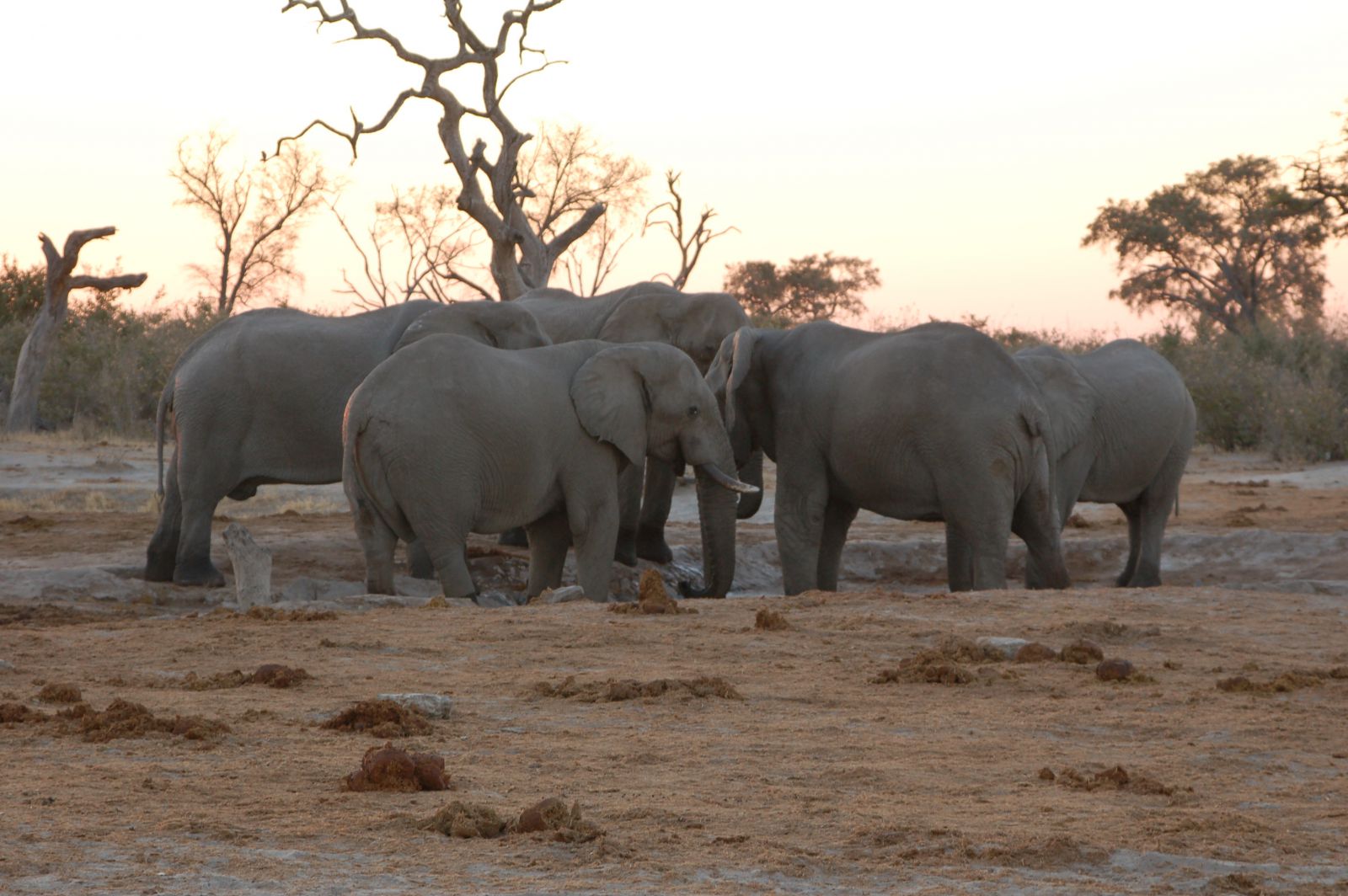 The Savuti is part of the greater Chobe National Park. It is a dry and arid place with only few waterholes around which the wildlife gathers. The most visible animals of the Savuti are the elephants followed by the lions and the spotted hyenas. The interactions between these three species were the subject of fascinating documentaries made by Dereck and Beverly Joubert. The Savuti was the theatre of genuine wars between the lions and the hyenas and it is the only place in Africa where lions tackle elephants on a regular basis.

- other predators such as leopards and cheetahs are elusive 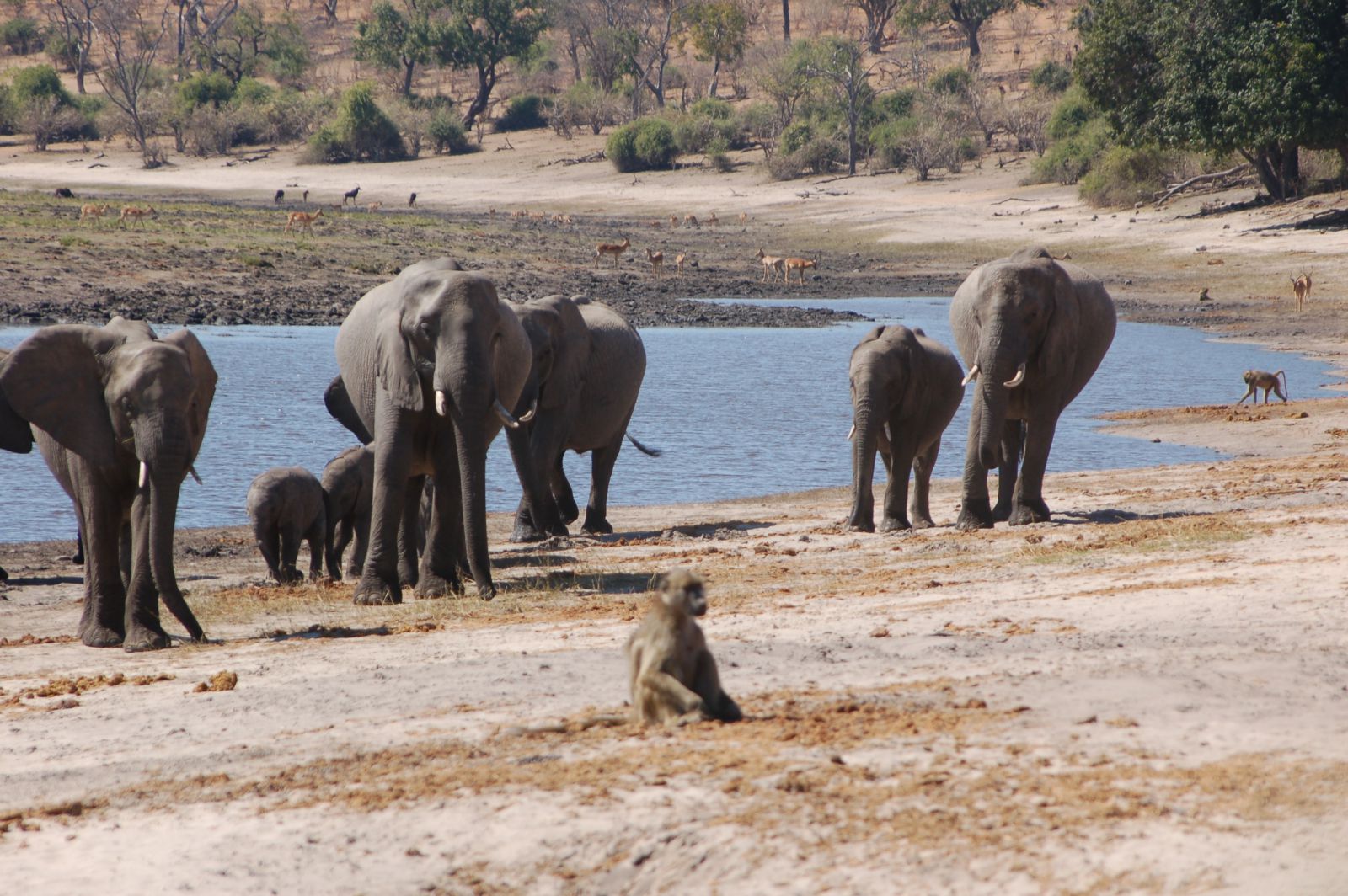 Chobe National Park named after the eponymous river which runs through the park is among the best safari spots in Africa. Its beautiful scenery, the density of animals, and its great elephant populations justify the Parks’ fame. It is possible to visit the park in two ways either by 4x4 or by boat by sailing down the Chobe river. The boat allows to discover the wild from another angle and to get close from drinking animals. All the most emblematic species of Southern Africa can be found in Chobe: impalas, greater kudus, giraffes, elephants, lions, zebras, buffalos, but it is also possible to spot rarer species such as sable and roan antelopes, the Chobe bushbuck endemic to the region, and the puku. If the park is a bit more visited than other Botswana parks in particular its northern section, the number of tourists remains at an acceptable level.

- great populations of elephants
- one of the best parks in Africa to spot sable antelopes
- presence of rare species: puku, Chobe bushbuck, sable and roan antelope.
- the nice scenery

- apart from lions, other predators may be hard to see
- the absence or extreme scarity of cheetahs