A glimpse at India’s natural heritage 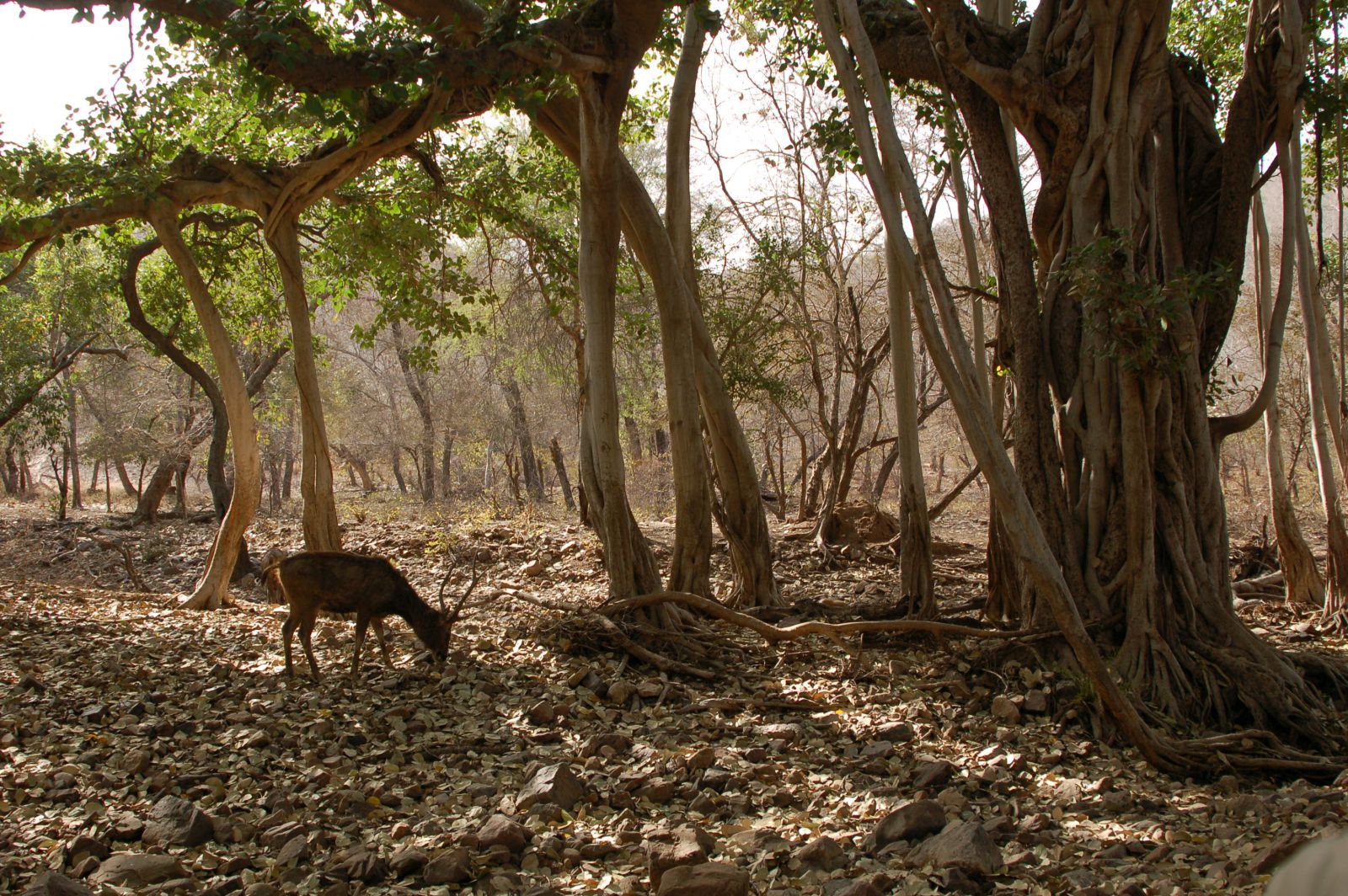 If India is mostly known for the richness of its cultural and historical heritage, most people are oblivious of the fact that India is home to a wide variety of fauna. India is indeed a small continent in itself with five different natural habitats: the Himalayas, the wetlands along the Ganga's plains, the dry deciduous forests of central India, the moist tropical forests of the western Ghats and  Assam and the desertic areas of the West. It is thus anything but a surprise if this patchwork of landscapes is home to such diverse wildlife.

India is home to five species of great cats: the tiger which is present all over the country except in desert and high mountains range, the Asiatic lion can only be found  in the Gir forest in Gujarat, the leopard is present all over, the snow leopard roams the Himalayas and especially the Ladakh while the elusive clouded leopard haunts Assam. The cheetah was extirpated from India in the middle of the XXth century.

The canines are also well represented by the wolf, the Indian wild dog and the jackals. There are two sub species of wolf in India, one prowls the Himalayas and compete with the snow leopard for prey while the Indian subspecie roams arid and open forests areas. The wolf is one of the most threatened canids in India. The Indian wild dog can be found from the Deccan forests down to the South of the country. A subspecie also called the fara can be found in the Himalayas. The very adaptable jackal is present in the whole country except in high mountains.

The striped hyena is the sole representant of the hyenidae family and can be found in the West and in the centre of India. It is a shy and rare specie which favours arid areas and dry deciduous forests. Unlike the spotted hyena, it rarely hunts and feeds mainly on carrion.

Bears may also feed on carrion and you can find four different species in India. The sloth bear is by far the most widespread and can be found almost all over the country and in Sri Lanka. Its cousin the black bear dwells in the north and sometimes shares its range with the brown bear in the Himalayas. Last but not least, the sun bear haunts the jungles of Assam, it the smallest of all bears and feeds mainly on bees and insects.

Herbivores are also numerous especially the deer family. Sambar, axis and barking deer can be found almost all over the country. The hangul deer is observable on the slopes of the Himalayas. The rarest deers are the barasingha exclusively found in Kanha and Dudhwa and the Eld’s deer which is adapted to life in the swamps and found only in Manipur.

Antelopes are less represented than in Africa but you can still find the nilgai or blue bull present in the Northwest and the Rann of Kutch to the dry forests of Madhya Pradesh. The blackbuck and the Indian gazelle share the arid plains of Rajasthan and Gujarat while the four horned antelope is present in the major part of the country.

Despite a hostile environment, the Himalayas is also full of wild ungulates among which the markhors, the blue sheep, the takin, the thar, the serow, the ibex, the argali and the yack.

India is also home to several giants: the gaur, the wild buffalo, the Indian rhinoceros and the Asian elephant. The gaur is the biggest wild bovid in the world with a superior size than either the African buffalo or even the American bison.  The Indian rhino and the buffalo are exclusively found in Assam in Kaziranga National Park while the elephant roams the jungles in the south and the swampy meadows of the north.

Apart from mammals, India is home to rich avifauna, a simple visit to Bharatpur will convince anyone of that fact. Reptiles are also widespread. Among snakes, the Indian cobra, the royal cobra, the krait and the Indian python are the most emblematic species, although rarely seen. Crocodilians are a bit more visible with three major species: the marsh crocodile also called mugger which is the most common of the three, the gavial in the Ganga, and the estuarine crocodile which haunts estuaries and harbours in Eastern India. 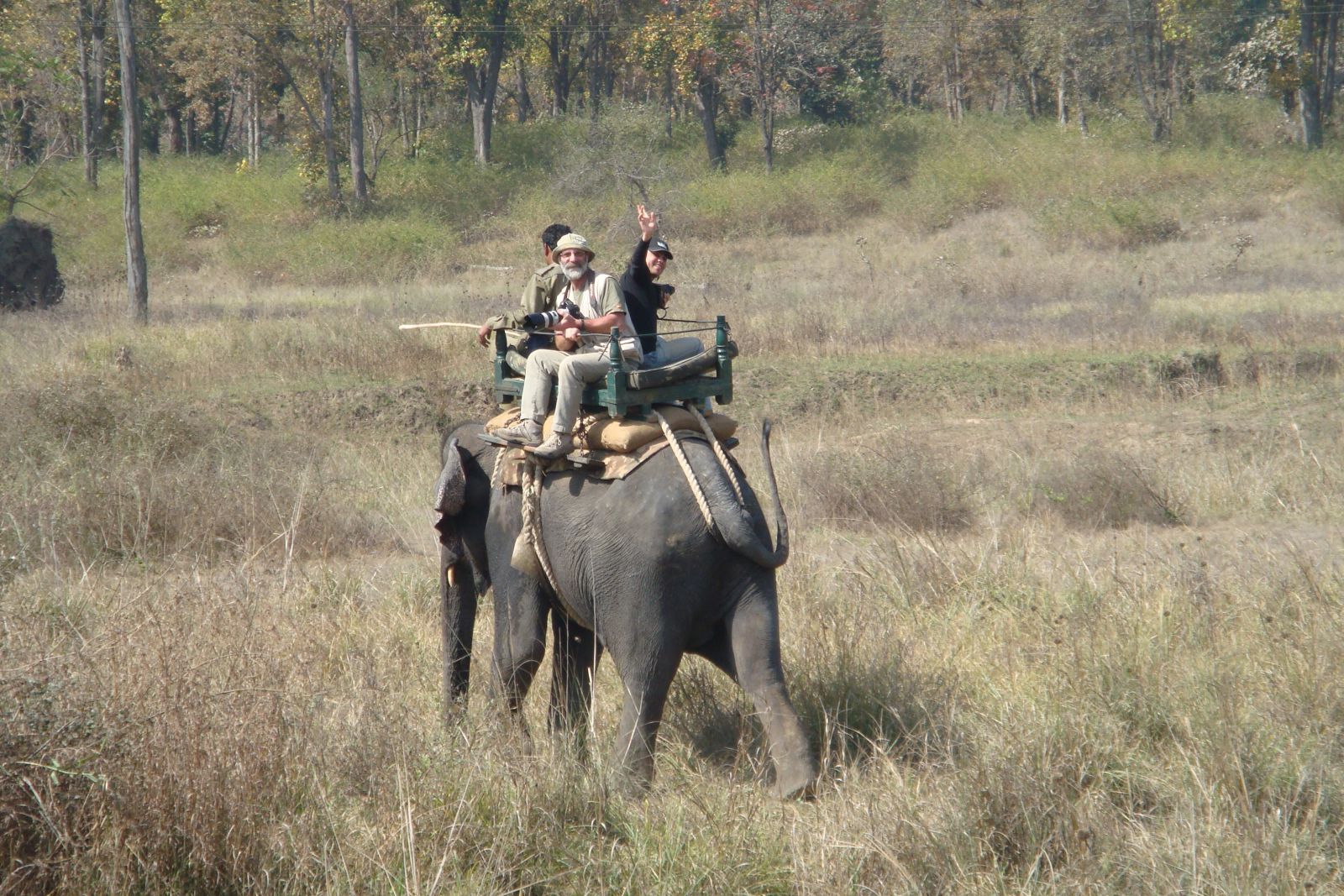 If the principle remains the same as in Africa, Indian safaris are overall very different. Indian reserves are much smaller than their African counterparts and are similar to islands in the middle of a human tide. With more than one billion people in India, there is less and less room for the Indian wildlife, which also suffers from logging and poaching. Conflicts between men and animals are frequent especially as far as elephants and leopards are concerned.

Because of the small size of the reserves, the concentration of tourists cars in the reserve is very high and it is not rare to see a tiger cornered by dozens of vehicles amidst the shouts of excited guides and tourists which can spoil a bit of the experience. You must not hesitate to flee this kind of gatherings unless you have never seen the targeted animal before. If the diversity of Indian wildlife can compare with that of Africa’s, the number of animals is much lower. Besides the forest cover added to the relative shyness of the Indian animals make them generally harder to observe than in Africa. Indian wildlife must be deserved and the patient and curious visitor will be rewarded.

The tiger is certainly the most sought after specie but sightings can not be guaranteed even in the best tiger reserves. The tiger is not the lion, it is more akin to the leopard in a lots of ways with a solitary, secretive lifestyle never far way from cover. The best reserves to see it are in this order Bandhavgarh in Madhya Pradesh, Ranthambore in Rajasthan, and Kanha in Madhya Pradesh. 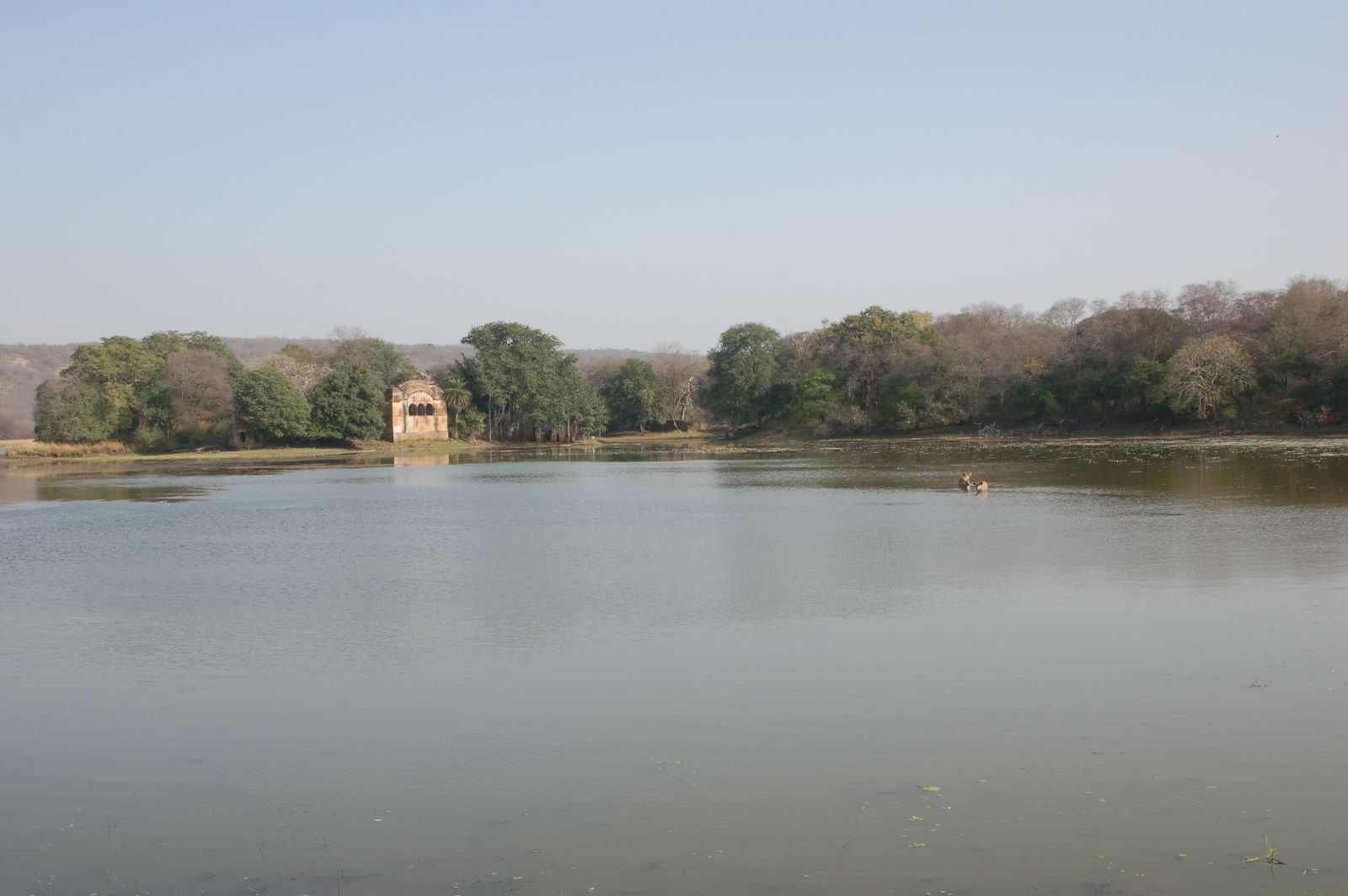 Of all the aforementioned parks, Ranthambore is maybe the most famous because of the number of documentaries which were shot there. The park is also known for its good tiger sightings. The tigers took the habit to hunt sambar in the middle of the Ranthambore lakes offering fascinating interactions with the marsh crocodiles along the way. Ranthambore's charm also lies in its cultural heritage with Hindu ruins scattered all over the park which are sometimes used as shelter by the local wildlife not to mention the Ranthambore fort. In three days at Ranthambore I saw tiger three times, two leopards, sambar and axis deer, nilgai, marsh crocodiles and wild boars.

Ranthambore is highly frequented, thus the park authorities discretionary split the flow of tourists on five different roads. Roads n°2, 4 and especially road n°3 which goes around the lakes are the most interesting. Road n°5 appears a bit more dull. The park authorities often require that canters be used to visit the Park. These are some kind of open sided minibus in which you can fit several tourists at the same time. I do not recommend the canters are they are the most inappropriate vehicles to go on a safari being far too noisy. You may arrange with your tour operator to have 4x4 intead.

- good chances to see tigers
- great numbers of wildlife around the lakes (deers, boars, crocs)
- rich cultural heritage with the Ranthambore fort which welcomes Hindu pilgrimages and the Hindu ruins scattered in the park.
- The scenery

- the high number of tourists
- the use of canters to visit the park
- the imposition of your itinerary by the park authorities
- the scarcity of the other predators such as leopard, sloth bear, and striped hyena 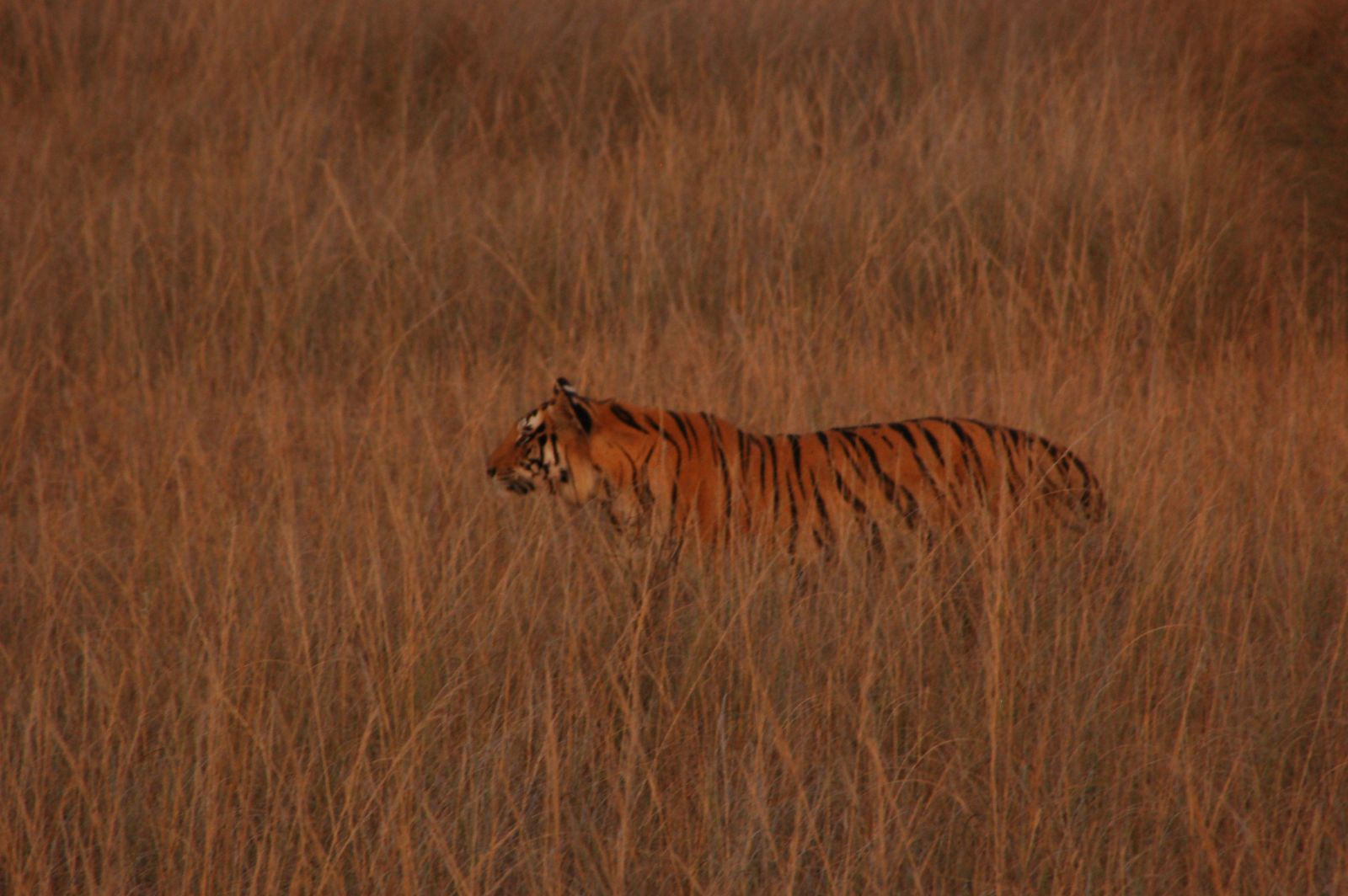 Kanha is probably one of the parks which supports the most diverse wildlife in India. However the great size of the park and the thick forest cover does not facilitate sightings. Kanha’s meadows are home to a a great number of herbivores especially axis deers, barasinghas and nilgais and more rarely blackbucks. Forests are the refuge of wild boars, sambars and barking deers. All these herbivores are prey to a vast array of predators among which the tiger rules supreme. The other major predators are the leopard, the Indian wild dog, the sloth bear and the jackal. The striped hyena and the Indian wolf are much more secretive.

It is possible in Kanha to get involved in tiger shows. When the rangers spot a tiger not far away from the road but which is either hidden by vegetation or yet too far away to be observed properly, they bring elephants which will take you a few feet away only from the tiger. Elephant is both an original and natural mean to observe tigers from close range in their habitat. In three days in Kanha I saw two tigers at close range, gaur, muntjac, sambar, axis and barasingha. I was also lucky enough to catch a glimpse of a party of three wild dogs but I could not take a picture.

- The foret cover makes it sometimes hard to locate the game 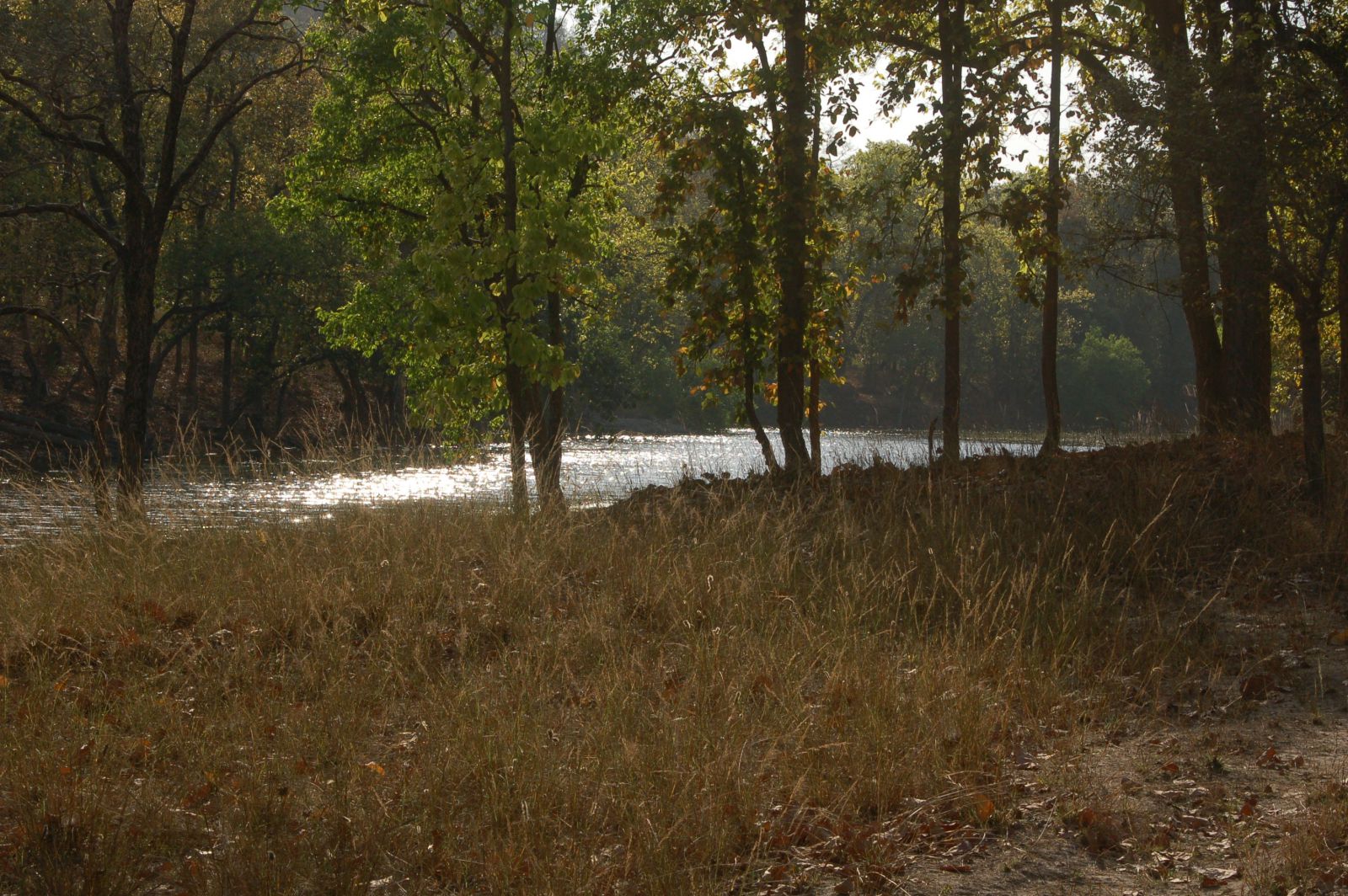 Bandhavgarh is arguably one of the best parks in India to spot tiger if not the best. Indeed, the tigers concentration is extremely high there and so are the odds to see the cat even though sightings can not be guaranteed. Bandhavgarh shares many common attributes with Kanha in terms of flora and wildlife. However the small size of the park and its rising fame necessarily mean that the park is frequently overcrowded with tourists which can negatively impact it. It is somewhat the price to pay to see the cat for sure.

In three days in Bandhavgarh, I saw a couple of tiger cubs twice, a female tiger once. In addition I was extremely lucky to see two sloth bears and two leopards one of which no less than four times. This should not be considered as common occurrence but really unusual as leopards and sloth bears are extremely difficult to spot even more so than tigers. The other attraction of Bandhavgarh is its historical heritage with the presence of a fort and a Vishnu shrine.


- high number of tourists
- the recent disappearance of gaurs