The puku is a member of the reduncini tribe which regroups antelopes which live close to water like waterbucks. It is of average size, stockier than an impala. It is closely related to the kob. Its range is limited to southern Congo (Kinshasa), Zambia and northern Botswana. It is a poorly studied antelope. 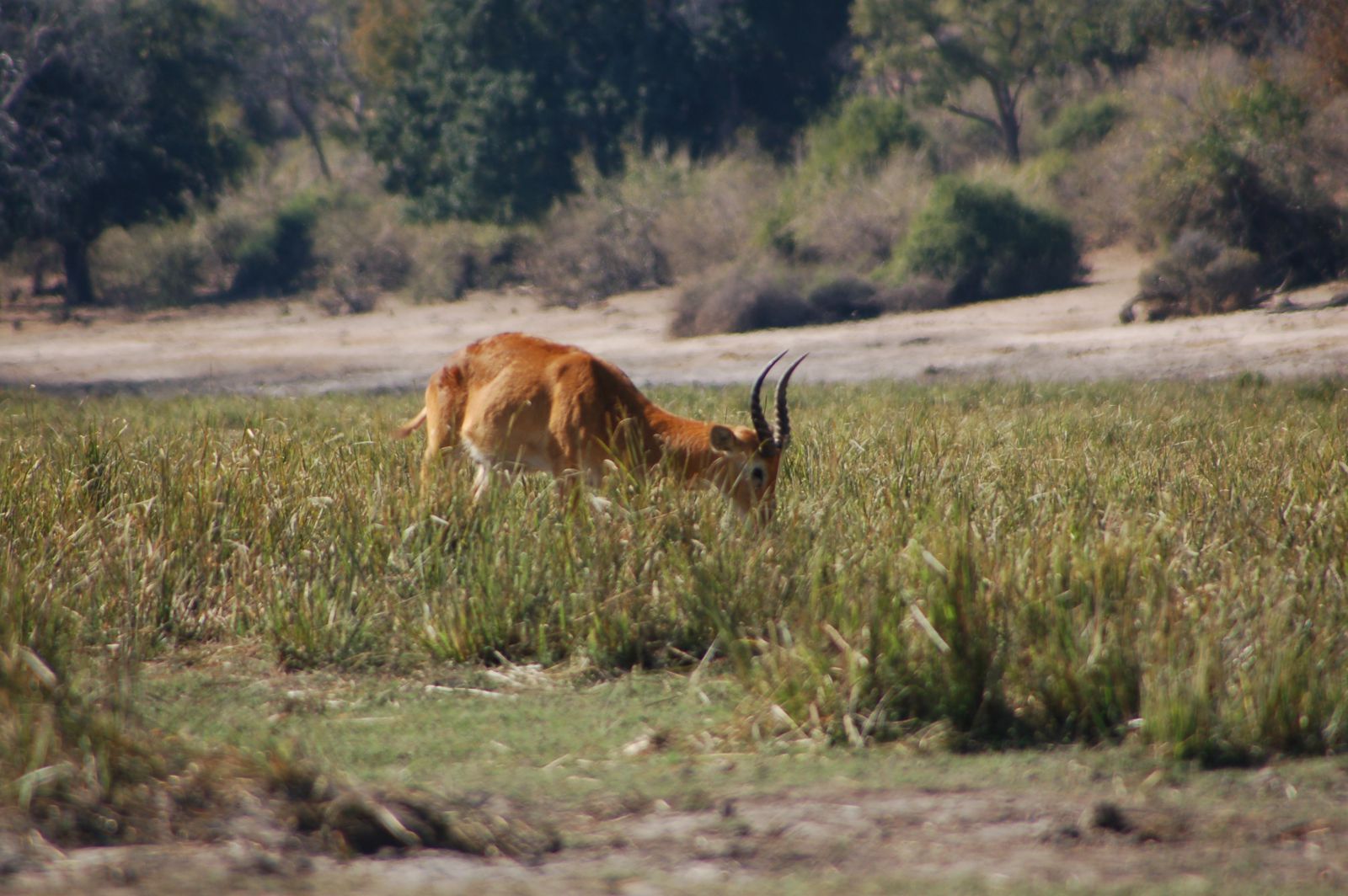 Habitat: Puku is partial to floodplains, wet grasslands, swampsa and open areas close to water. Contrary to the lechwe, the puku does not immerge in water.

Food: A strict grazer. It feeds mostly on short grasses found in the vicinity of water.

Behavior: Active at dawn or dusk, this antelope is gregarous and territorial. Dominant males defend territories covering 4,4 ha in average (Rosser) within which they try to retain wandering oestrous females. Non-territorial males regroup in bachelor herds numbering as much as several dozens individuals. ONe can distinguish a territorial male from a non-territorial male by its larger neck girth and neck patch whic releases some glandular secretions. Territorial males usually tolerate non-territorial males provided they remain sexually inactive. If a males with an inferior status shows interest in an oestrous female, the territorial male will face it by wagging its tail in quick succession and by displaying. It will use the lateral display to emphasize its size and neck girth which is marker of dominance for pukus. This is usually enough to deter a rival but it may deteriorate into a fight if the challenging male stands its ground which is likely if he is of equal size and strength.

Reproduction: The territorial male gets closer to the female with head held high and does the laufschlag (lunge of the front leg to the hind legs of the female to prompt her to urinate), the male then tests the female's urine through flehmen (curling of the lips enabling the pheromones contained in the urine to come into contact with the Jacobson's organ in the palet). If the female is receptive, copulation may take place.

Females are sexually mature at age 2 and the gestation period lasts 8 months. Pukus repruduce all year long but there are birth peaks during the rainy seasons.

The calf stays hidden in dense vegetation for the first month. It is visited by the mother every morning and evening to enable it to suckle. After a month, he can join the herd.

Best places to see it: It is fairly common in Kafue and South Luangwa (Zambia) and Chobe (Botswana).