The wild boar is one of the most widespread species in the world from Europe to Asia and Nothern Africa. The species which is found in India and Sri Lanka is a sub-species of the one found in Europe. It is smaller and the coat is not as thick. Wild boar society is matrilinear. Sows and pigglets gather in sounders followed by young boars. Adult males are solitary except during the rut where they join the sounder. Males fight each other for the right to mate, the most powerful having more opportunities than the others. Wild boars are not territorial. Home ranges of the different sounders overlap greatly. Interactions between different sounders are usually peaceful. 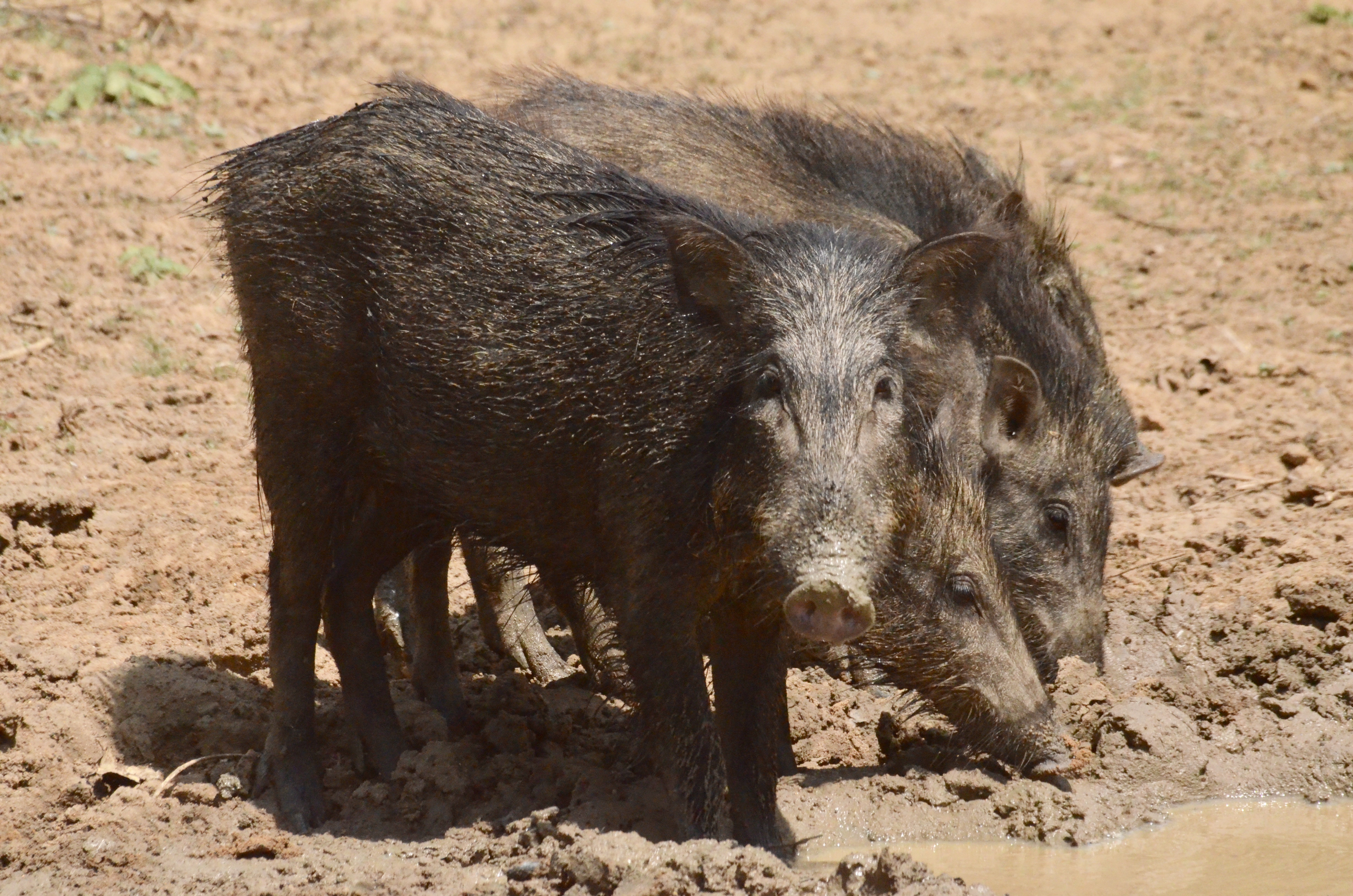 Predators: Wild boars are brave, fierce and powerful animals which will stand their ground against any predator. Tigers, leopards, dhole packs and mugger crocodiles are the boar's main predators. Yet adult boars are more than able to injure and kill an adult tiger. Fights may last for a whole night between these two animals.

Wolf packs, marsh (mugger) crocodiles, brown and black Asian bears prey on adult occasionally but prefer pigglets are they are less dangerous and easier to catch. Pigglets are also preyed on by jackals, Indian wolves, pythons, and bears (sun and sloth bears).

Best places to see it: Found in most Indian parks and reserves. The highest densities of wild boars may be found in Ranthambore National Park.