Somalian Soemmering's gazelle is thus slightly bigger with longer horns and a paler coat. It is present in Ethiopia, Somalia and Djibouti. 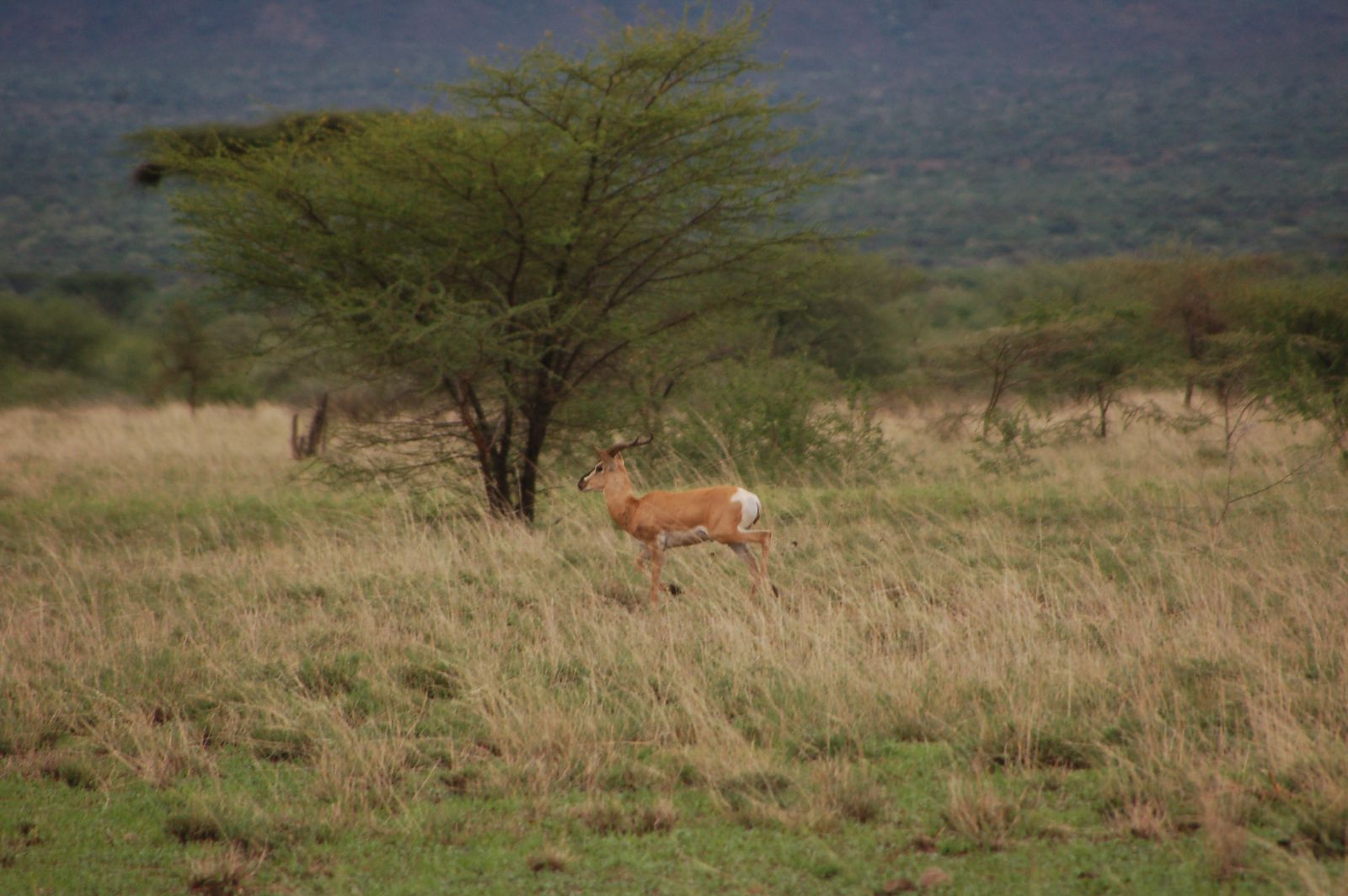 Feeding ecology: Soemmering's gazelle is a mixed or intermediate feeder depending of the seasons. During the dry season it feeds more readily on foliage from bush, acacia and shrubs whereas it is more partial to grazing during the rainy season with highly nutritious and tender grasses preferred. The Soemmering gazelle can go without water for several days provided that plants it feeds on are rich are nutritious enough.

Behavior: The basic social structure is the herd of females with youngs numbering 10 individuals in average. Males are territorial and solitary and try to detain passing female herds on their territory. Sub-adult and adult males without territory assemble in bachelor herds. Preorbital glands are not used for territory marking, instead males use their horns to scratch the ground.
Large aggregations of several dozens of Soemmering gazelles may form during the rainy season or when feeding resources are plentiful.

Reproduction: Courtship in Soemmering's gazelle is somewhat different than the traditional one found in other gazelle species. Instead of the erect posture walk with stiff leg followed by "laufschlag" (kick given by the male's front leg to the female's hind legs prior to copulation), the male stretch his neck and head at mid-height while following the female similarly to bovini species.

Soemerring's gazelle can reproduce throughout the year but seem to favour the rainy season to do so. Calf is born after a gestaion of 198 days and remain hidden in vegetation in the first few weeks following parturition. It is weaned after six months.

Predators: Cheetahs, leopards, lions, hyenas, wild dogs, crocodiles, pythons. Most of these predators have been extirpated from the gazelle's range.

BEST PLACES TO SEE IT: Illala plains in Awash National Park, in Ethiopia is problably the best place to see them nowadays.