Unjustly snubbed by tourists because of the political turmoils which tore the country apart over the last years, Zimbabwe remains one of the best African safari destinations. Gifted with numerous natural wonders such as Victoria Falls, world heritage site Mana Pools or the lake Kariba, Zimbabwe is a land of contrast offering various landscapes.

It is possible to see all Southern Africa's megafauna in Zimbabwe. The wildlife diversity is on par with Botswana and Zambia but numbers decreased because of the rampant poaching at work during the dark years. Animal numbers are on the rise again and it is fair to assume that Zimbabwe will recover its attractivity in a couple of years.

There are several protected areas in Zimbabwe, the most famous of which being Hwange National Park in the West at the far end of the Kalahari sands, Mana Pools along the Zambezi river, Gonrezhou in the South which is just opposite the magnificent private reserve of Malilangwe. 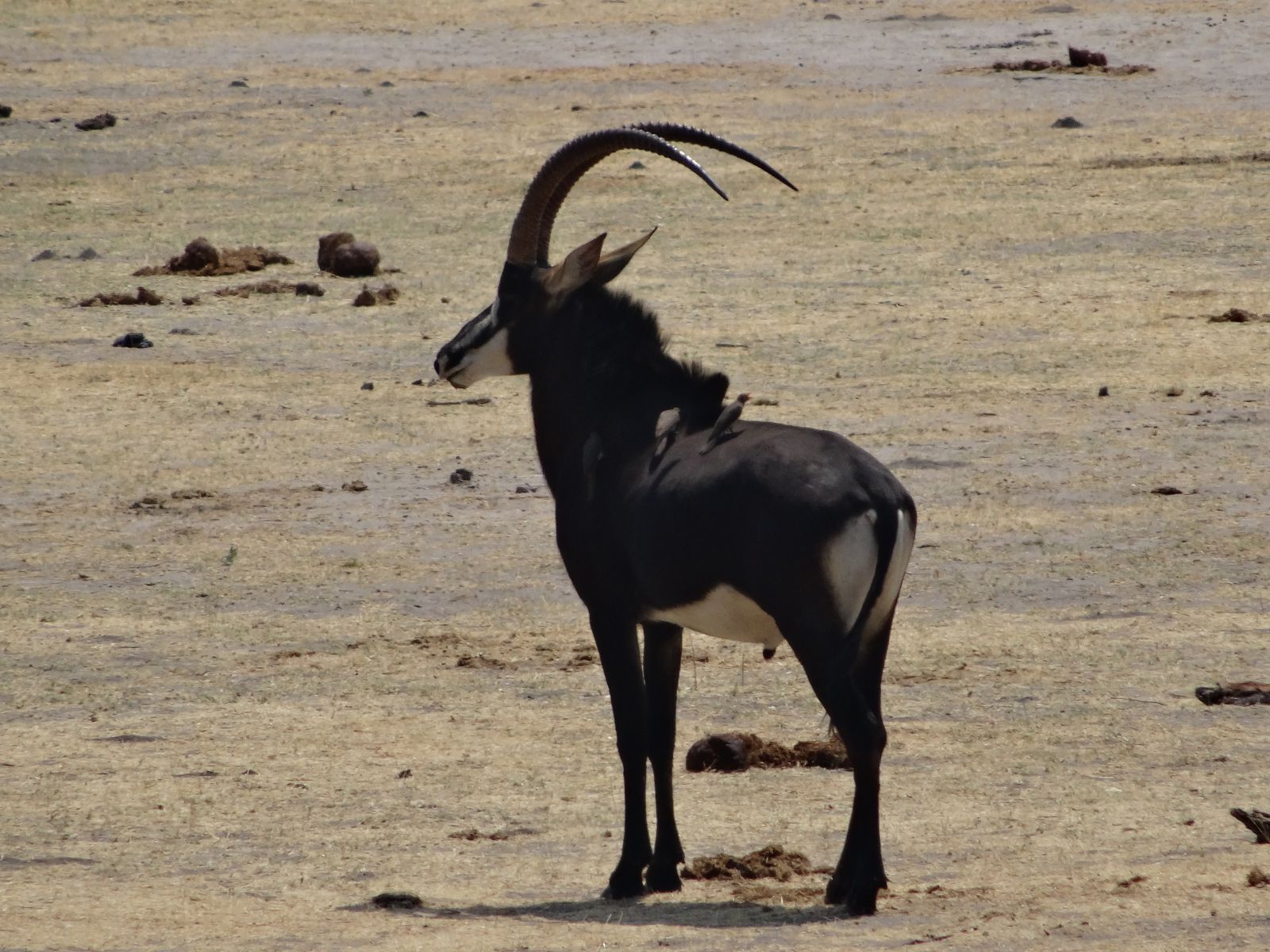 Hwange National Park is located western Zimbabwe at the border with Botswana. Hwange is part of the Kalahari ecosystem which covers a vast ecological zone from Chobe National Park to Kalahari Central in Botswana. Animals and especially elephants migrate between these different areas.

There are different zones in Hwange. The southern section of the Park is covered with mopane forets and grasslands. It is a sandy area which is arid and dry. The northern section is more hilly and rocky. There are no major rivers in the park and the wildlife has no other alternative than to drink from the numerous artifical pans supplied by water pumps. These waterholes offer strategical viewpoints to observe wildlife during the dry season. During the wet season, the animals scatter and are much more difficult to locate.

Hwange could very well be the best national park in Africa considering its amazing diversity. Indeed, all the major predators such as lions, leopards, spotted hyenas, wild dogs and jackals are present in the park in addition to the brown hyena. Almost all of the most beautiful african antelopes can be found in the park and Hwange is one of the rare parks where the three great hippotragini antelopes can be found (roan, sable and gemsbok) in the same place. Greater kudu, eland, waterbuck, impala, bushbuck are also commonly seen. Elephants and buffalos are also present in great numbers and it is also possible to find black rhinos in a dedicated zone within the Park. With so much assets, one may wonder why Hwange is not as much rated as the Masai Mara or the Serengeti. One possible explanation can be found in the sightings frequency. If elephants and buffalos are easy to see, predators are much harder to see, including lions. The size of the park almost as big as half Belgium, the inability to drive off-road, and the limited road network are possible explanations. Despite this little drawback Hwange is still one of the best parks on the continent just because of its sheer diversity of wildlife.

- All the big predators are present

- All three hippotragini present in the park with greater kudus

- Big predators are hard to spot, including lions

- Animal density varies and can be quite low on some occasions 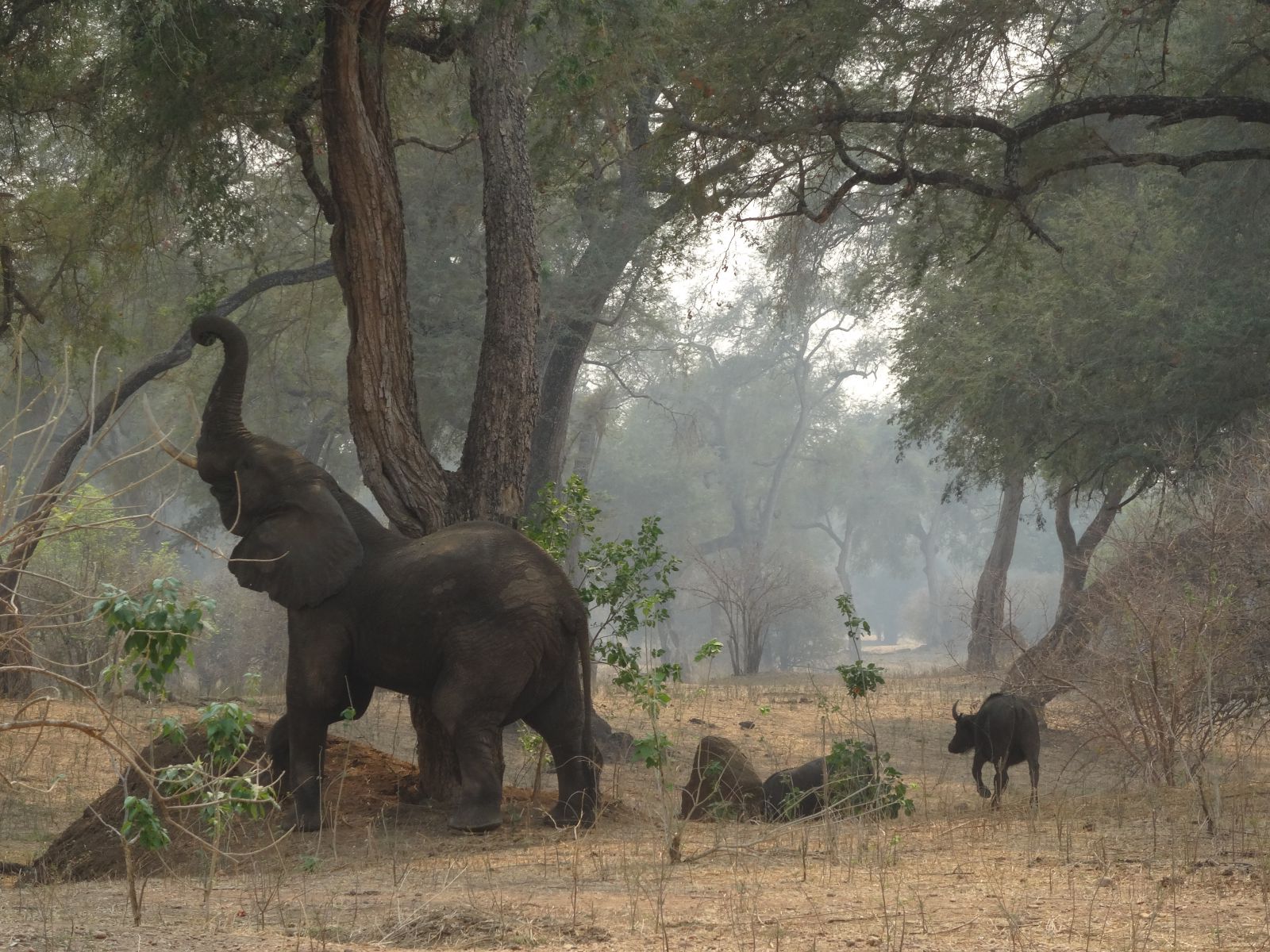 Mana Pools is located along the Zambezi river and is one of the most beautiful parks on the continent. Closed during the rainy season, the park hosts huge concentration of wlidlife during the dry season. The greatest density of wildlife is found in the wetlands and the clear forests along the river. This area is often congestioned with safari vehicles since all the roads are concentrated there.

This must be put into perspective since game driving is not the norm in Mana Pools. Canoe and walking safaris are much more popular. Mana Pools is even one of the only park in Africa where walking safaris without a guide are authorized (although I strongly do not recommend it).

All the classical game can be found in Mana Pools. Elephants, buffalos, hippos, crocodiles, impalas, waterbucks, greater kudus, warthogs, chacma baboons, lions, spotted hyenas are all very common. Leopards are also present but difficult to spot. Mana Pools is one of the best park in Africa to see wild dogs which does not mean that sightings are guaranteed. Another Mana Pools special is the Cape elands which are quite numerous and easy to see. Exceptionally one can also see nyalas.

- Sheer beauty of the place

- The area along the river is often congestioned

- Too few roads to explore the most remote parts of the park, all the roads are along the river