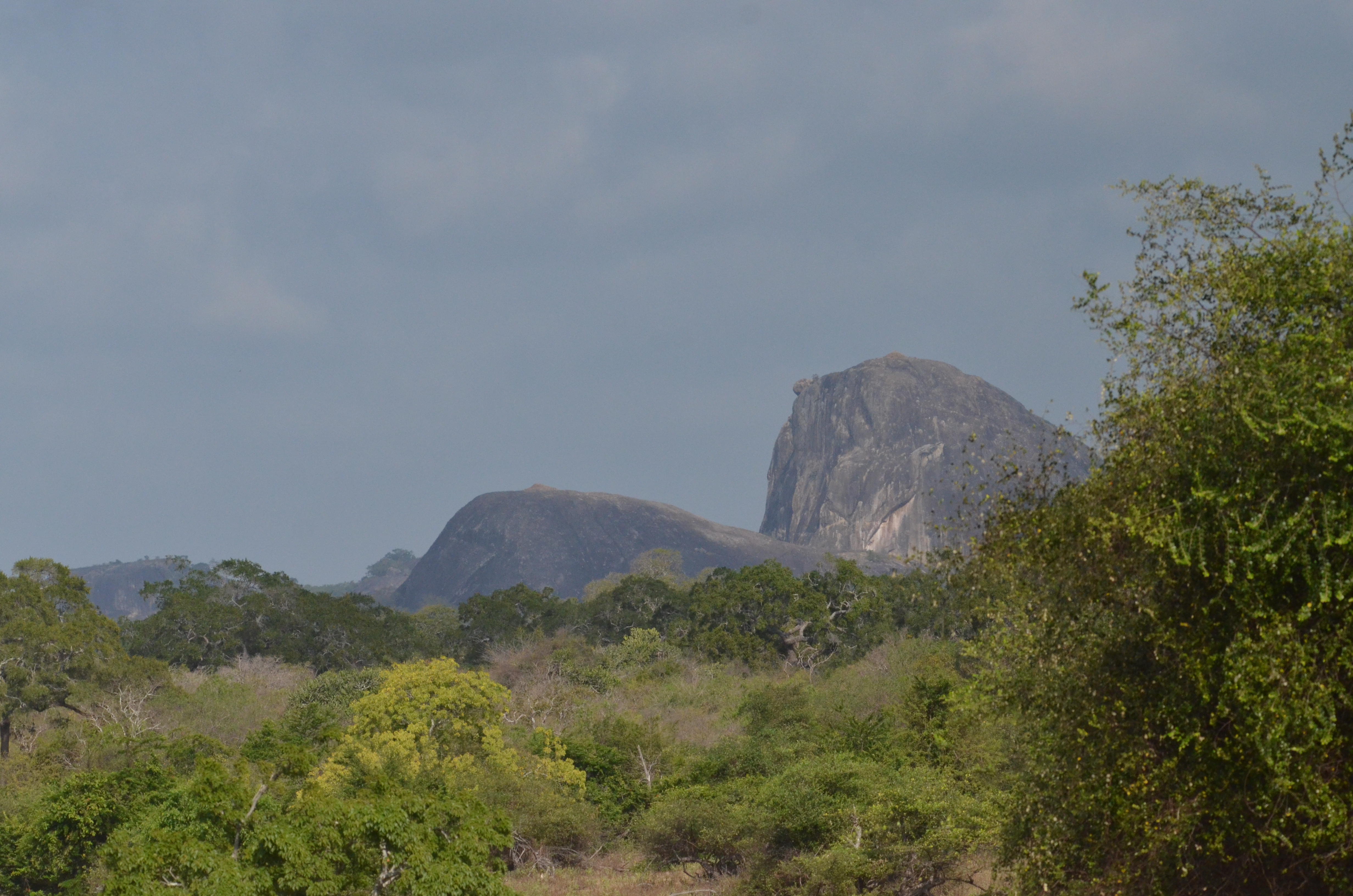 Island State with limited land area (66 000 km2), Sri Lanka is nonetheless one of the richest biodiversity hotspots on the planet. Like most islands, the fauna and flora of Sri Lanka has a high percentage of endemism. But what really sets Sri Lanka apart from most other tropical islands with the possible exception of some Indonesian islands is the presence of many big mammals such as Asian elephants, leopards, sloth bears and many deer species.

Such richness can be explained by the diversity of ecosystems which can be found throughout the island. The southwestern part of the island is the humid zone. Tropical lowland rainforest used to recover the whole zone. Unfortunately, it has been reduced to a mere 2% of the whole territory. Within this area, the Sinharaja biosphere reserve is the only place in Sri Lanka where you can find pristine rainforest habitat. The significant decline of the rainforest in Sri Lanka is a major concern as it offers invaluable ecological services to the Sri Lankan people. Not only does it regulate hydrological cycles on which agriculture depends but it is also a carbon sink. It is also an important genetic reservoir especially as far as plants are concerned. The rainforests of Sri Lanka also harbor many animals which are quite elusive among which: elephants, leopards, mouse deers, numerous primates among which the endemic purple-faced leaf monkey. Avifauna is just exceptional.

In the north of this zone, one can find the cloud forest from 1500m in altitude onwards. Flora is a bit different from the tropical lowland rainforest especially regarding tree species. Wildlife is on the other hand quite similar.

The last major ecosystem of Sri Lanka is the dry lowland forest which covering three quarters of the country interspersed with grasslands and wetlands. Several types of forests can be found among which dry deciduous forest, moist deciduous forest, thorn and scrub forests. It is within this zone that one casn find most of Sri Lanka’s big mammals such as Asian elephants, sloth bears, sambar deers, axis deers, wild boars, Asian buffaloes, golden jackals, and leopars. The later sits at the top of the food chain benefiting from the absence of the tiger from the island.

Most of these mammals can be found in India and South-East Asia. However, some of them are easier to see in Sri Lanka than in other Asian country. This is especially the case with leopards, sloth bears and especially elephants. Whereas in India, leopards and bears are elusive as they have to live under the shadow of the more powerful tiger which is a constant threat to them, they are much more visible in Sri Lanka. I had four leopard sightings in India in two of the best reserves of the country (Ranthambore and Bandhavgarh). On the four sightings only one allowed me to take a decent picture. The two sloth bears I saw in Bandhavgarh ran away before the jeep even came to a halt. This does not happen in Sri Lanka where leopards and bears do not run away from vehicles. I could follow a sloth bear for 2 km. Leopards show themselves in full daylight in Yala (Sri Lanka) and can even get close to the jeeps. I had 15 leopards sightings in less than a week in Yala which is almost as much as I had in 20 years of safari in some of the best reserves in sub-saharan Africa and India combined.

Regarding elephants, Sri Lanka is just the best destination in Asia bar none. Aside from Yala and Wilpattu where you can see them easily, Minneriya and Kaudulla allow one to see annual gatherings that you can see nowhere else.

Regarding big mammals, if Sri Lanka cannot compare due to its limited land area to Africa and India, it remains one of the best wildlife destination of the whole Asian continent and even the world. Certain species are much easier to see in Sri Lanka and this is especially the case of leopard, Asian elephant and sloth bear. Yala National Park is the flagship park to see these species. 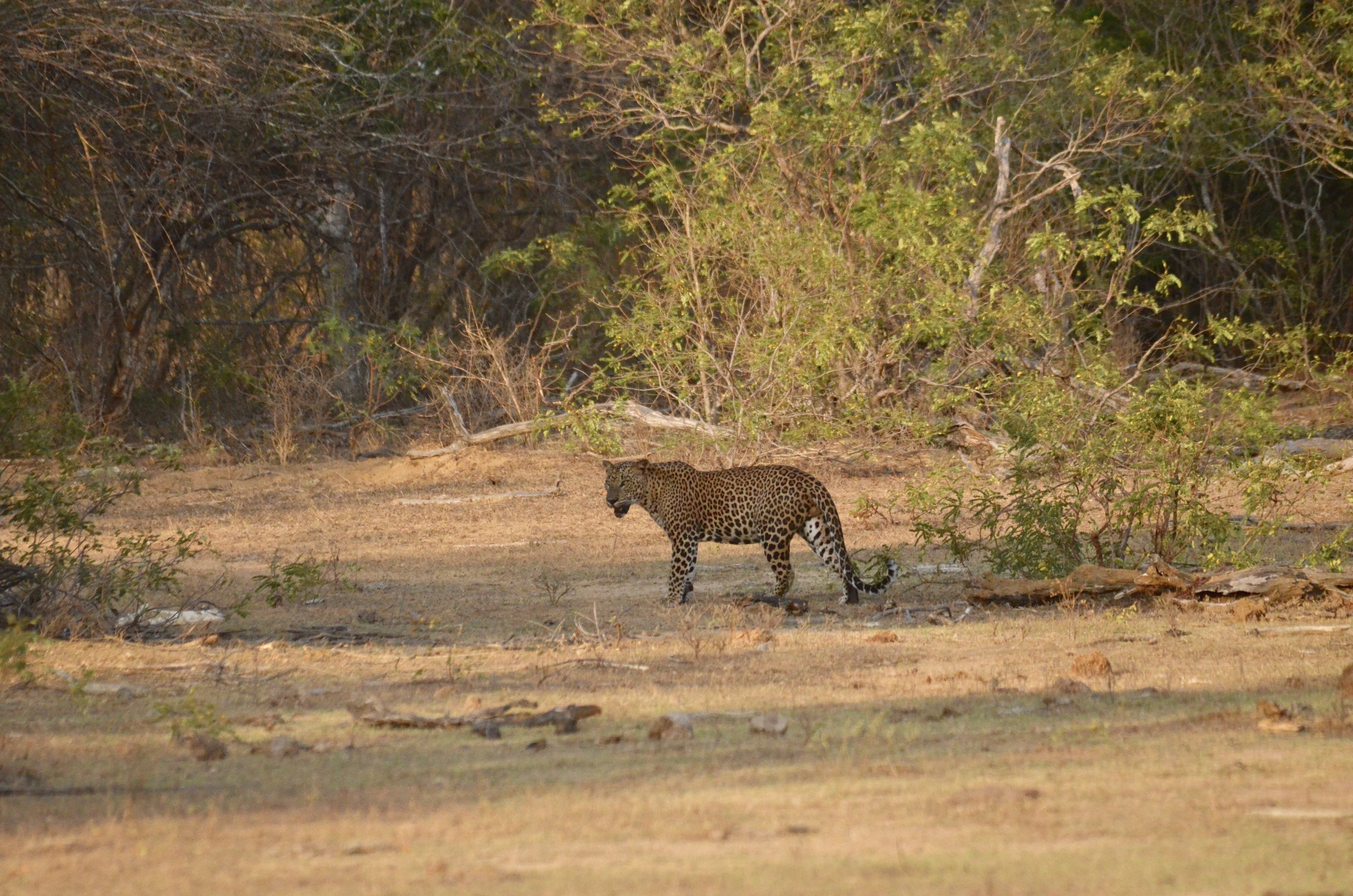 Located at the south-eastern tip of the country in the dry zone, Yala National Park is the second biggest park in the country behind Wilpattu. With an area of 1500 km2, the park is divided into five blocks, two of which are opened to tourists. Block I is by far the most popular due to its high concentration of leopards for which the park is famous worldwide. Aside from leopards, one can see Asian elephants, Asian buffaloes (probably feral), sambar and axis deers, wild boars, golden jackals, sloth bears, grey langurs, several species of mangoose, marsh crocodiles, pythons and even cobras and kraits if you are lucky. Avifauna is also very rich.

I would recommend to stay at least tree days in the park to give one the best chance to see the wildlife. One day is usually enough to see a leopard. Sometimes I was lucky enough to see four in one afternoon. Sloth bears are much more difficult to see although they are not shy at all (one every three days). Elephants are easy to see. It is not the case of smbar deer which is quite elusive in Yala.

Unfortunately Yala is victim of its success. I would strongly recommend to go during the low season (May-August) and during the week. In high season, close to 300 jeeps can roam the park which can completely spoil the experience and become a nightmare. Aside from the scary lines waiting at the main gate, the number of vehicles create traffic jams. When a leopard or bear is spotted, drivers race in order to arrive first on the spot. Indeed, Yala obeys to the rule first come first served. Too bad for the late visitors which can only hope that the animal will come in their direction at some point which can be incredibly frustrating. The number of vehicles also reduces the chance and quality of sightings and put considerable stress on the animals. It is imperative for the future of the park that the authorities limit the number of vehicles or open the other zones to spread the flow of vehicles. Block 1 is way too small to support such number of vehicles.