The gelada is the unique member of the genus Theropithecus. Gelada are similiar in appearance and social behavior to baboons and especially the hamadryas baboon regarding social structure. It is endemic to the mountain ranges and Afro-alpines zones of Ethiopia. Its distribution is thus extremely localised. 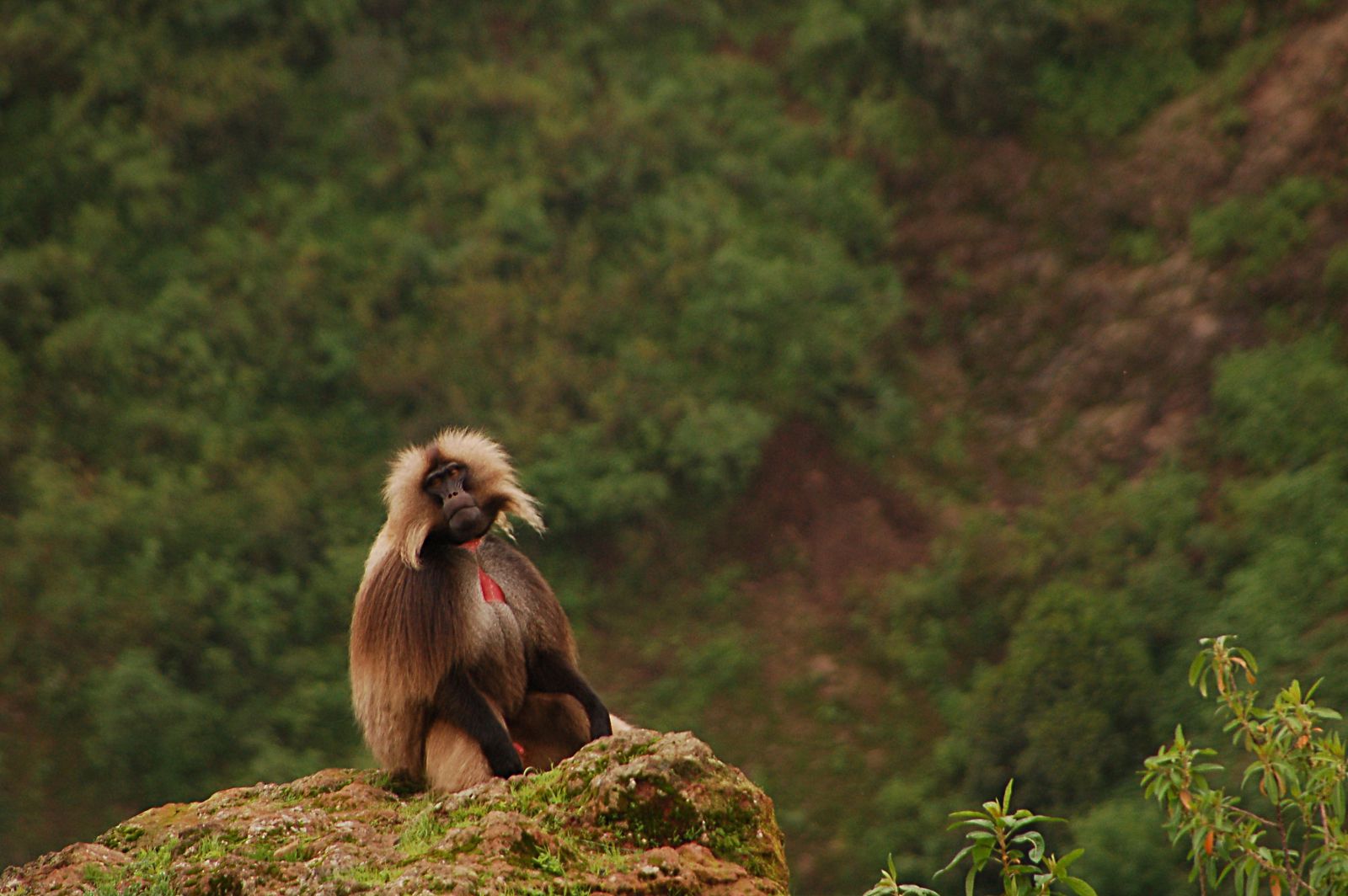 Habitat: Grasslands and steppes interspersed with shrubs and bushes at elevations comprised between 1400 to 4400 m high. They take refuge on cliffs to sleep and protect themselves from potential predators which are now rare in their distribution range.

Food: Geladas have the most graminivorous diet of all primate. They almost feed only grasses. They complement their grassy diet with fruits, seeds, flowers and roots. They may feed opportunistically on insects and arthropods. They feed in a crouching position while seizing food with their two hands.

Geladas are not territorial but live within home ranges of relatively modes size. Females stay with their OMU for the rest of their life but for unforeseen circumstances. There is a linear hierarchy among females of a OMU. Males live their natal OMU before they reach puberty and remain within all males group between é to 4 years until they are strong enough to displace the dominant male of an OMU or decide to join an OMU as follower in the hope to acquire mating opportunities with lower-ranked females. There is also a hierarchy among all male groups. The later often shadow an OMU and harass the dominant male until they are strong enough to overtake the OMU. Because of their complex social structure, the vocal repertoire of the gelada is among the most sophisticated of all primates.

Geladas are diurnal and spend most of their time on the ground to forage. A third of their time is also devoted to social interactions like grooming. They are not good tree climbers.

Reproductive behavior: Geladas seem to reproduce all year long. Receptivity in females may be identified by the swelling of the red vesicles around their chest. The gestation period averages 180 days. The female gives birth to one young which is weaned after 500 days in avarage.

Predators : Wherever they remain , leopards and hyenas are the adults' main predators while great raptors prey on young.

Best place to see it: The Simien mountains in Ethiopia are probably the best place to easily observe geladas.