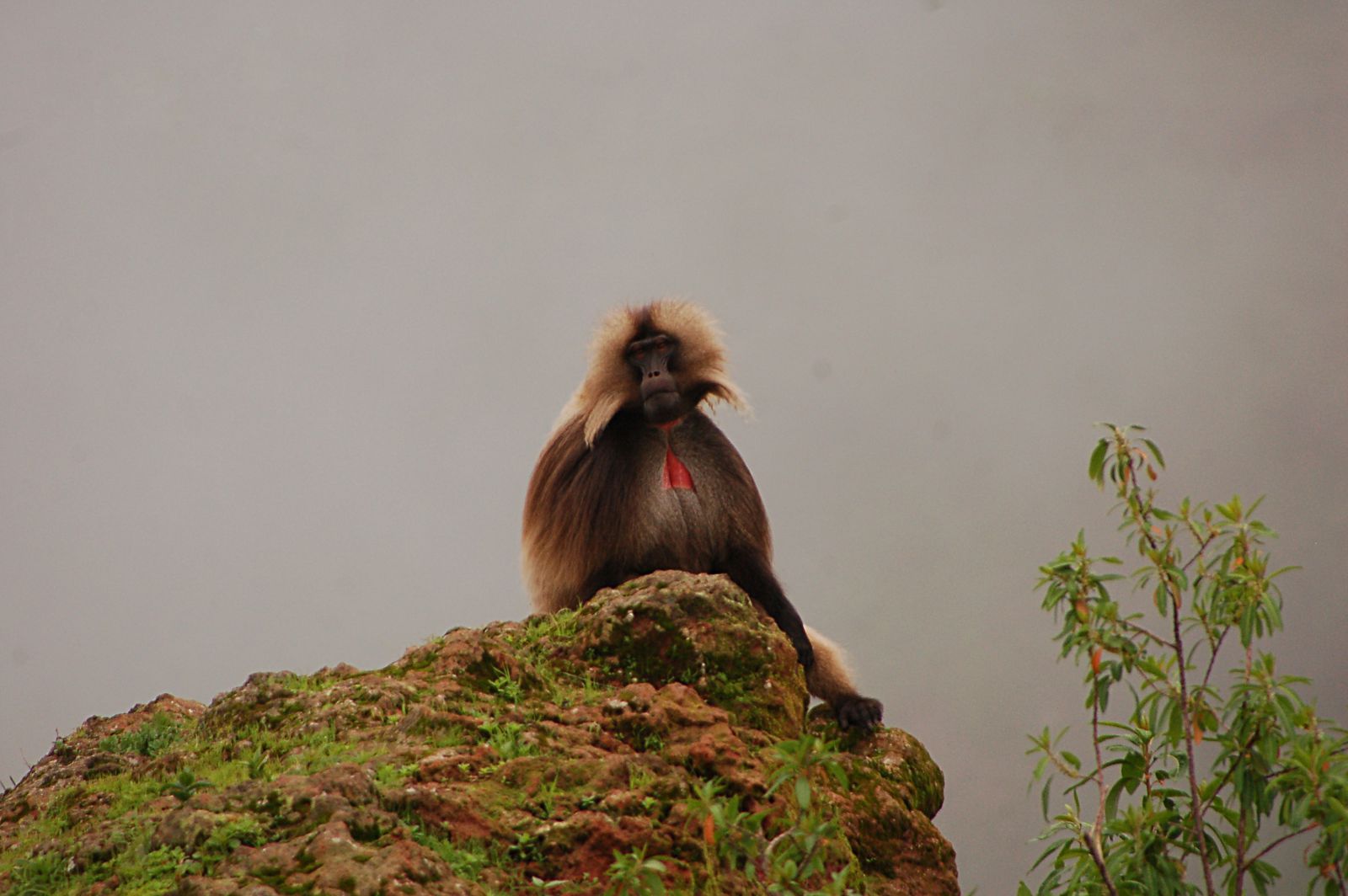 Like India, Ethiopian cultural and historical heritage is such that the richness of its biodiversity tends to go unnoticed. Yet, the country is a true paradise for birders with the greatest diversity of birds in Africa, including various endemic species. Endemism is also present with mammals with no less than 6 species: the gelada, the walia ibex, the mountain nyala, the Abyssinian wolf, the Somalian wild ass and the Swayne's hartebeest.

Apart from endemic species, it is possible to see a certain number of uncommon species adapted to arid areas of the Horn of Africa among which: the greater and lesser kudus, the Soemmering’s gazelle, the Beisa oryx, and the Hamadryas baboon.

The great mammals of the African savannah such as elephants, giraffes, buffalos and antelopes are also present in the south of the country in the Omo and Mago parks. However, densities are much lower than in Kenya or Tanzania and sightings are not guaranteed. As for big cats (lions, leopards and cheetahs), there are some remnant populations scattered all over the country, but the Omo and Mago parks seem to be their main sanctuaries in Ethiopia. Even there, you need incredible luck to see them. Awash National Park in Afar also has some lions, leopards and cheetahs and you can also find leopards and lions in the Harenna forest of the Bale Mountains. The big predator you are the most likely to encounter is the spotted hyena, which you can find at night around most Ethiopian towns and villages. The city of Harar is famous for its hyenas shows where a hyena man feeds them to keep them out of the city.

If Ethiopia is not a safari country as such, the Bale and Semiens Mountains are certainly worth a visit to get a sight of the endemic species. Awash National Park also deserves a visit for its rare and easy to see wildlife, not to mention its beautiful scenery. Although the southern parks of Omo and Mago shelter typical African wildlife similar to that found in Northern Kenya, sightings are not as easy to come by. Actually, these parks are much more famous for the tribes which inhabit those regions (Mursi, Hamer, etc). It is worth knowing that these parks are extremely remote and no less than a three days drive will take you there. Also, there are no touristic infrastructures within these parks. If Ethiopia offers a very different experience than pure safari countries, it is as exalting and full of surprises.

Bale is mountain range located in Southern Ethiopia, half a day drive from Addis Ababa. There are several ecosystems in Bale with the Dinsho alpine forests located next to the Park’s Headquarters, the icy Sanetti Plateau, and the equatorial forest of Harenna. Wildlife is easier to see around Dinsho with great numbers of mountain nyalas, Menelik’s bushbucks, reedbucks, duikers, warthogs and spotted hyenas. The Saneti plateau seems a bit empty in comparison but it is the best place in the whole country to see the rare and endangered Abyssinian wolf. The wolves are relatively easy to see and with a bit of luck you can even witness a hunt. The Harenna forest on the opposite slope is inhabited by rare and hard to see mammals such as bushpigs, giant forest hogs, colobus, leopards, and a few lions. There are several ways to explore the park either by land rover or by doing week long treks with mules. Bale is definitely one of the best natural sites of Ethiopia and Africa.

Sightings Frequency in the Bale 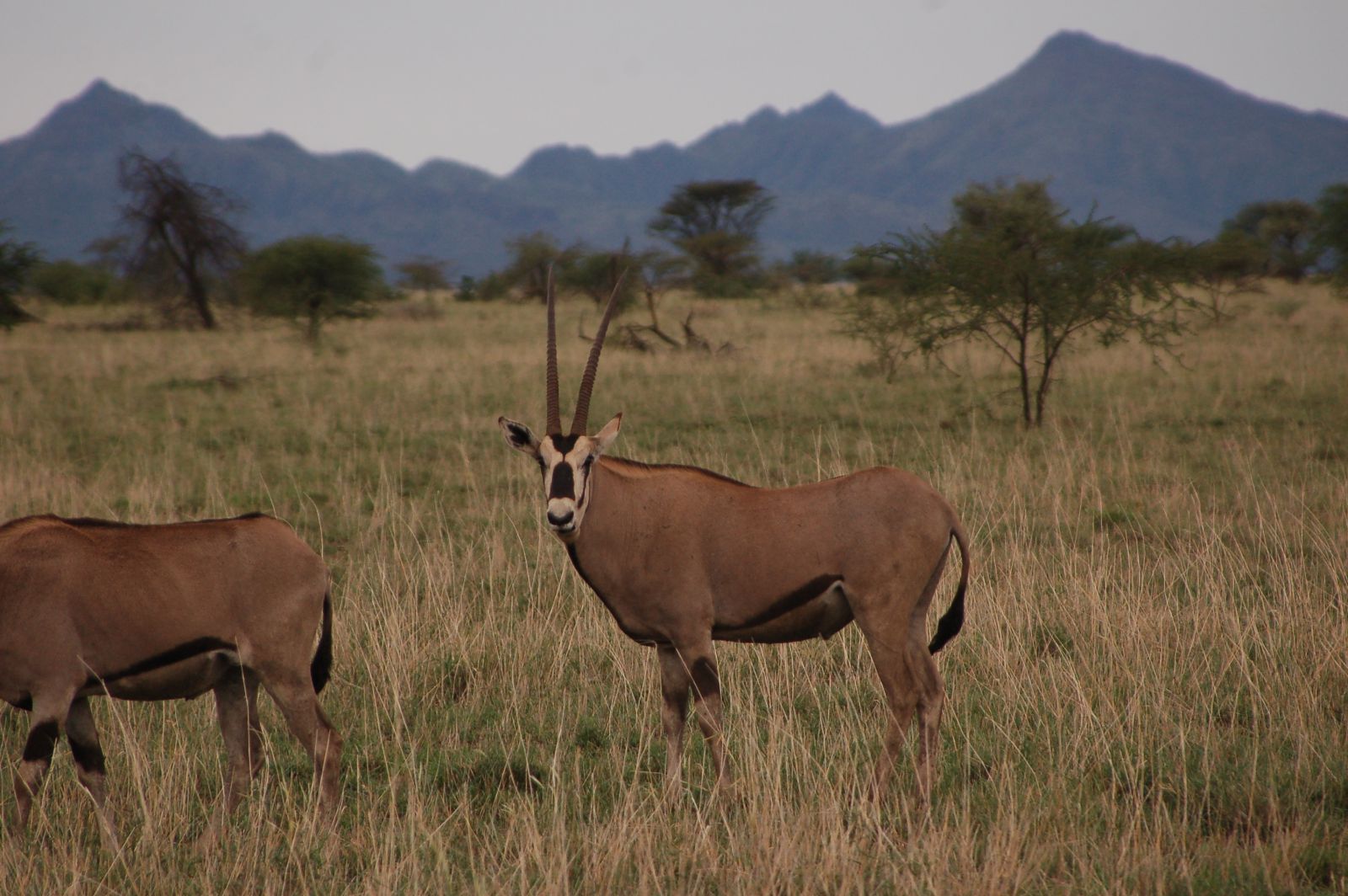 Awash National Park is located in the Afar region 3 hours away from Addis Ababa. The park is split in half by the former railroad linking Addis to Djibouti. The southern part of the park is covered with grasslands favoured by beisa oryx, Soemeering’s gazelles, warthogs and baboons. The Awash falls are also found in this part of the park. The northern section is much more bushy and offers shelter to greater and lesser kudus, warthogs, diks, diks and hamadryas baboons. It is also in the north that you may see, if you are very lucky, lions and leopards. During my visit to Awash I saw fresh leopard’s tracks and heard a lion roar in the same area. At the northern extremity of the park lies the hot water sources of Filoweha where one can find waterbucks.

- Lions, leopards and cheetahs are extremely hard to see
- The park is not well maintained
- Afar and their cattle encroachments