The golden jackal is the most widespread species of jackal from Africa to India. Like the two other species, jackals form monogamous pairs which associate for life. The male is involved in the protection and rearing of the cubs. Jackals are territorial. The pair defends its territory against any tresspassing from other jackals. It scent marks its territory through urine and feces but also through howling. Jackals howling is a common sound of the indian jungle. Young from previous litters may help their parents rear the new litter and remain with them. The richness of the jackal's vocal repertory and its greeting ceremonies further demonstrate the complexity of its social life (see Innocent Killers Jane and Hugo van Lawick-Goodall). It is an especially important species in Sri Lanka as it is the only genuine predator-scavenger of the island (although leopards, wild boars and sloth bears occasionally scavenge). The golden jackal is also a fierce predators of small animals ranging in size from insects and small mammals like rodents to young ungulates (such as young axis and sambard deers) or even medium-sized mammals like indian gazelles or old or lame axis deers or blackbucks which can weight as much as five times the jackal's weight. In India, it is a shy animal which live in the shadows of bigger predators. Tigers and leopards may kill a jackal for food. It is often found near villages. 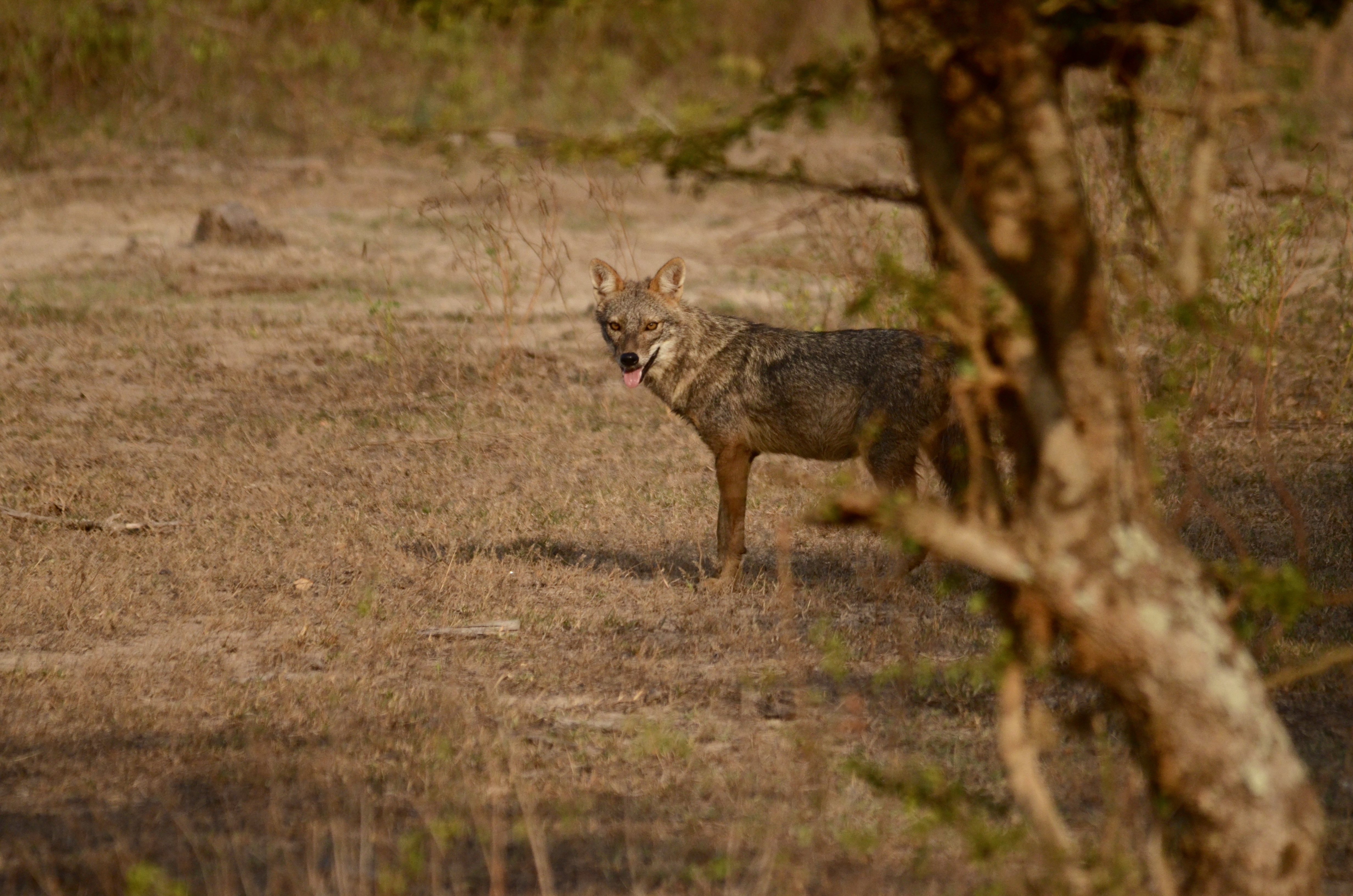 Habitat: From open and dry areas to dense forests. The jackal is very adaptable and can live in all kinds of biotope.

Prey: When they hunt alone, jackal feed on small prey such as insects, rodents, antelopes and deers fawns and carrion. T. When they forage in group or in couple, they can attack bigger prey such as young deers and antelopes, adult gazelles or take pigglets from a boar sounder after one of them created a diversion to lure away the sow.

Predators: Leopards, tigers, mugger crocodiles, pythons all kill jackals if they have the opportunity. However dholes seem to tolerate them and the two species sometimes hunt together. Striped hyenas are also tolerant of jackals. However, a couple of jackals will not hesitate to mob a hyena or even a bear if they come to close from their young.

Best places to see it: Unpredictable. It is present in most parks and reserves in India but they are rarely seen since they are elusive, shy and nocturnal. It is often seen at night close to villages. In Sri Lanka, it is possible to see it quite easily in Yala National Park.