The barasingha is one of the rarest species of Indian deers and one of the most theatened. It is endemic to India. It is found in the basins of the Brahamaputra, Ganga and Indus rivers. It is quite a big deer which antlers can have as much as 14 tines. They are gregarious and live in mixed herds which can number as much as 20 individuals. Females are more numerous than males which fight only during the rut. They are both diurnal and nocturnal and are found mainly in swamps where they bath in the same way as the sambar. 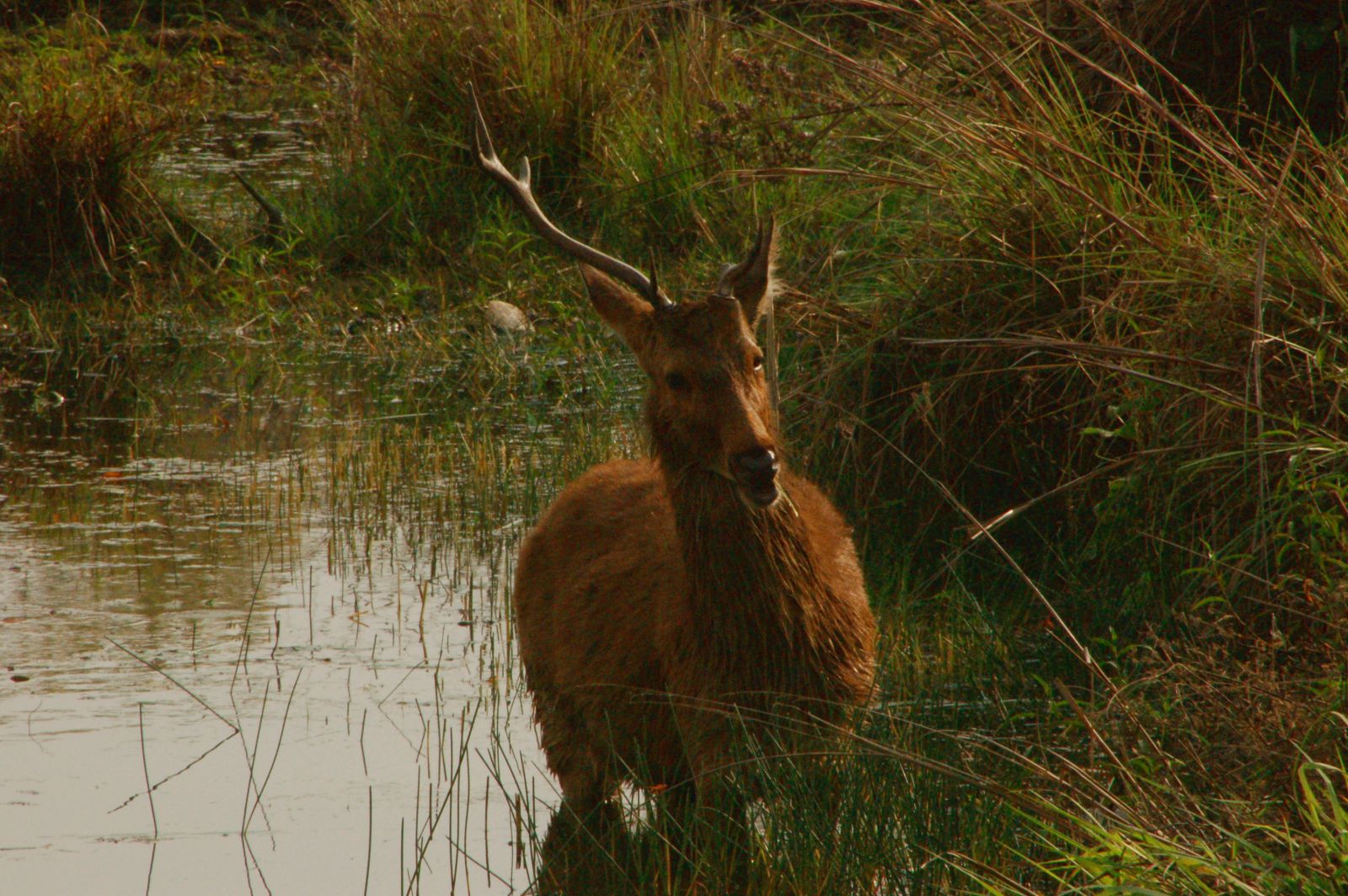 Best places to see it: Dudhwa et Kanha are the sole parks where you can see the barasingha. It is very common in these parks.