The nilgai is Asia's biggest antelope. It is found mainly in Northern India and South Nepal. It is a very common animal which is quite easy to see even outside game reserves. Its superficial ressemblance with a cow protected it from hunters as cows are revered by Hindus. This may explain why it is still found in great numbers compared to other grasseaters.

The nilgai is a gregarious animal which gather in single sex herds. The basic social unit is composed of a female and its youngs.  Female herds averaging 3 to 6 cows with their young are also common. Male herds also form and may number as much as 15 bulls. Each herd has a home range which is delimited by fixed latrines where nilgai deposit their feces. They also use the glands on their legs.

Males become aggessive during the rut and and wll react against the intrusion of other males through lateral display, neck stretched forward, stiff-legged walk and by rolling the eyes in their sockets. Once a female is found, they will establish an exclusive zone around her and defend it against other males. Nilgais fight either standing or by kneeling and by headbutting each other with their short horns, or through neck-fighting. This explains the thick dermal shield on their neck. 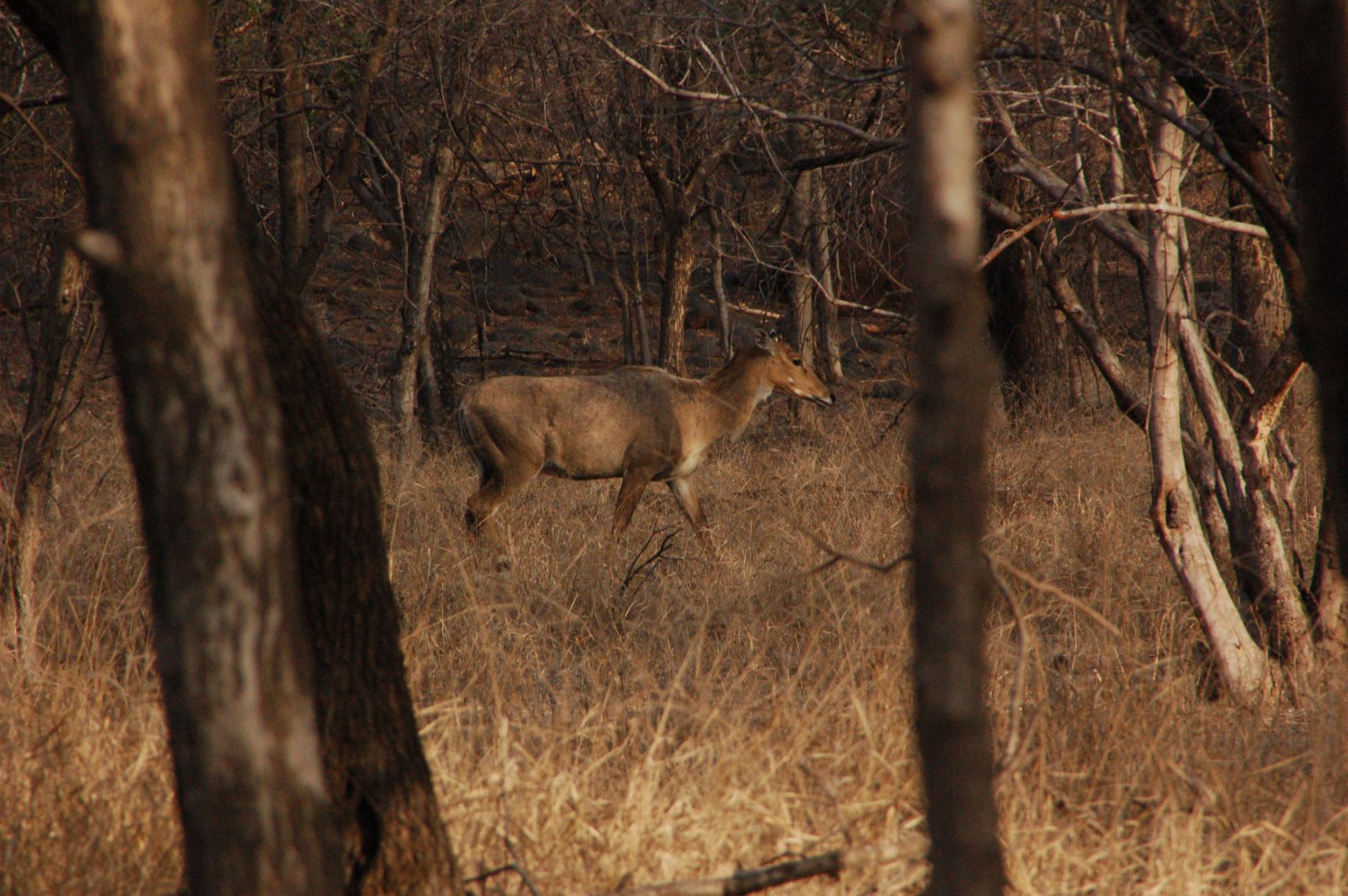 Food: Browser mostly, it also eats foliage, fruits and buds and grazes depending on circumstances.

Best places to see it: In most reserves of Western and Northern India. Sometimes seen outside reserves.