The gaur, which is mistakenly referred as the Indian bison is the secong biggest Asian animal after the elephant. It is a shy and peaceful animal which does not charge unless provoked. Gaurs live in small herd of around 10 individuals, mainly cows and calves led by a dominant bull. Other bulls sometimes join the herd to mate then leave again. They will sometimes form bachelor herds or live alone. Old bulls are solitary and join the herd less frequently with time. Fights between males are rare, hierarchy is based on size. When foreign males come close to a herd led by a dominant bull, they will come close slowly and will display laterally or in circles. There is a dominant female within the herd which decides on its movement. 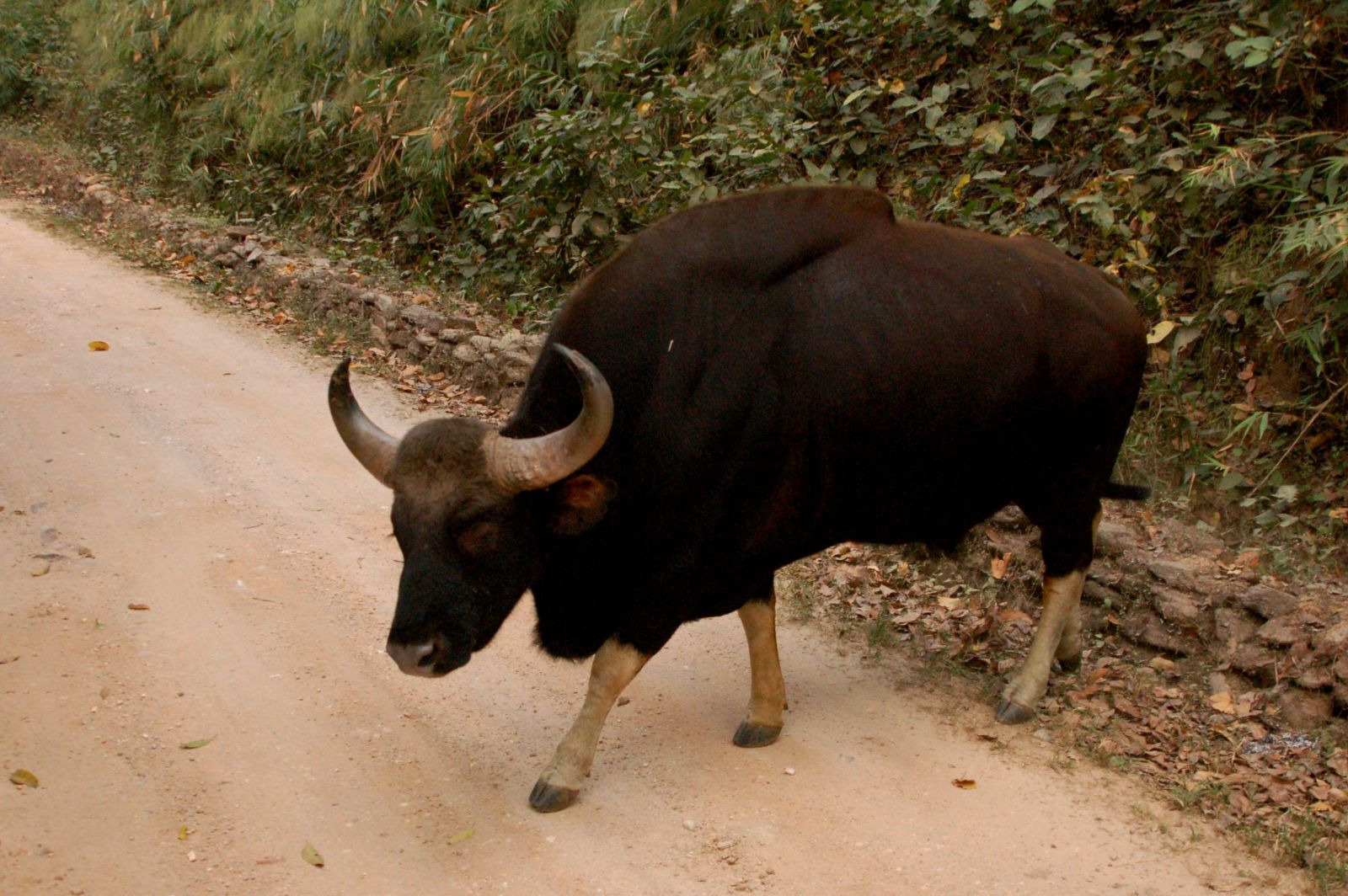 Habitat: Hills, evergreen, deciduous and dry forests. Basically found in all forested habitats up to 1000m in elevation.

Food: Grazer mostly but browses in the dry season. It feeds mostly on herbaceous plants, bamboo seeds and barks, especially that of teck.

Predators: Tigers sometimes prey on adult gaurs. However, weighing three to four times more than the tiger, gaurs are a very difficult prey and tigers must be extremely cautious. The cat may be gored and trampled at the slightest mistake. Calves fall prey to packs of dholes and the occasional leopard.

Best places to see it: Gaurs are best seen at Kanha and Tadoba. Nagarahole in South India is also a good place to see them. It is vagrant in Bandhavgarh.