South Africa offers a diversity of landscapes which is unmatched on the continent: the Kalahari desert in the northwest, the savannah in the north, the fynbos so specific of the Cape peninsular and the Drakensberg mountains range. Because of the many South African ecosystems, the diversity of animals is one of the richest of the whole continent. Apart from the classical savannah species that you can find in the northern reserves, there are several endemic species such a the white-tailed wildebeest, the bontebok, the blesbok, and the rhebok. The Cape peninsular is home to mixed marine and savannah fauna as the African penguins and fur seals share the coast with zebras, elands, baboons and bonteboks. Apart from wildlife South Africa boasts some exceptional sites such as the Blade River Canyon and the Augrabies falls. 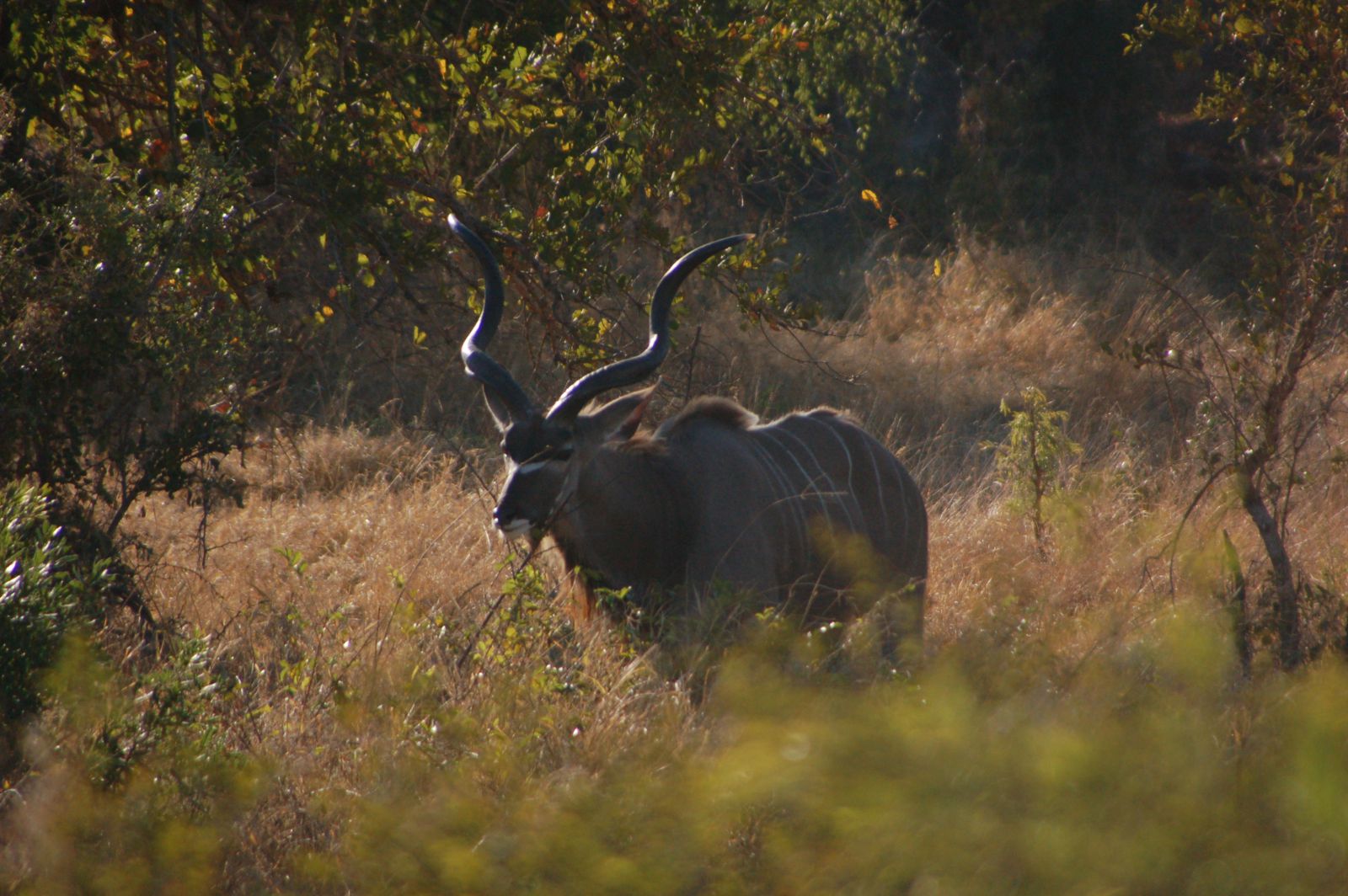 The Kruger is one of the most famous reserves in Africa and has more animal species than any other on the continent. It is possible to visit the reserve with your own vehicle as there are tarmac roads. Yet, you run the risk to miss a lot of animals as nothing can surpass the expertise and acuity of a professional guide. You can hope to see most of the emblematic species of the African savannah in Kruger: antelopes, buffalos, elephants, rhinos, lions, leopards, cheetahs, spotted hyenas, hippos etc. However the Kruger is so vast and the road network covers so little that sightings of the most sought after species cannot be guaranteed. It is good to combine the Kruger with that of the nearby private reserves to ensure the sightings of the big cats that you might have missed in the Kruger.


- insufficient road coverage which only allows you to see a very small portion of the park
- high tourist concentration
- cheetahs, wild dogs and sable antelopes may be difficult to spot
- limited bush vibe

Sightings frequency in the Kruger 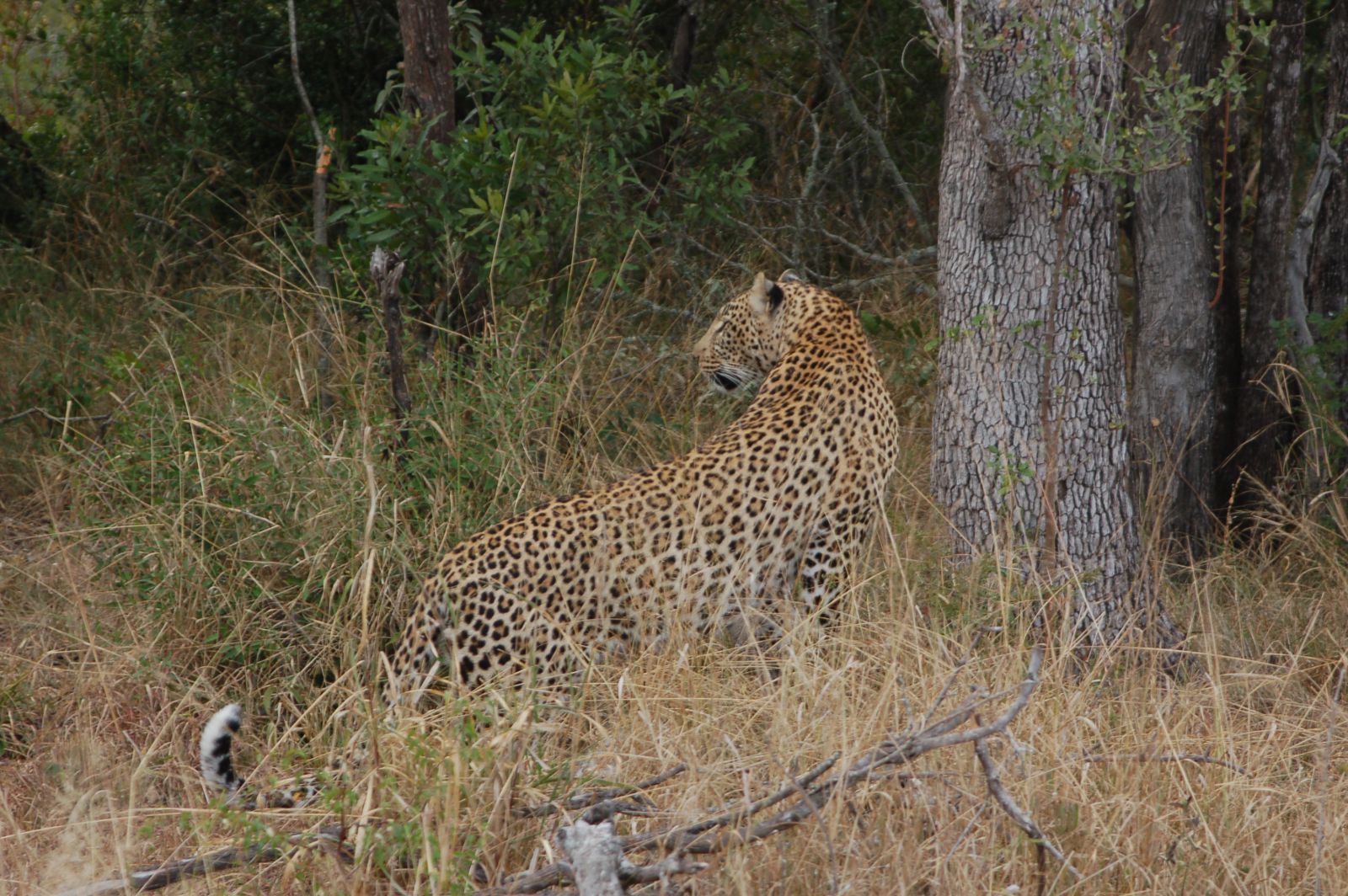 The Sabi Sand is divided in several parcels, each one of them being managed by private landowners. The most famous concessions are undoubtedly the Mala Mala and Londolozi. The reserve borders the Kruger Park which means that the wildlife is exactly similar but for a few species. There is also no physical separation between the Kruger and the Sabi allowing animals to move freely between the two. The park fees are extremely expensive making the Sabi Sand an exclusive safari destination. The visitors are hosted in luxurious lodges with 5 stars service and the safaris offered are top notch. Tourists are guaranteed to see the big 5: elephant, rhino, buffalo, lion, and leopard. As regard the later the Sabi is maybe the only place in Africa which can guarantee leopard sightings with at least 95% chances. It is even possible to see up to 8 leopards in a single day. Similarly to the Masai Mara in Kenya, the Sabi Sand is an excellent destination for first time safariers, as you can see most of Africa’s emblematic animals in only a few days. A good plan is to combine the Sabi with the Kruger.

- high prices which can be prohibitive
- limited bush vibe

Sightings frequency in the Sabi Sand