The Asian elephant is smaller than its African counterpart but remains the biggest terrestrial animal in Asia. Apart from its smaller frame, the Asian elephant can be dinstinguished byt its smaller ears, its curved back, its smaller tusks which may be even absent especially with the females. The trunk has only one lip instead of two for the African elephant. Asian elephants are rare in the wild. Yet it is found in South India, in the Indo-gangetic plains, in Sri Lanka, in South-East Asia up to Borneo. Most elephants seen in Asia are domesticated.

It is a gregarious animal, females and young form large herds along matriarchal lines numbering 5 to 60 elephants. Males remain solitary and join the herd only to mate. Sometimes males may associate together. Similarly to the African elephant, the Asian elephant can also be in musth which means that it is looking to mate. During this period it will dominate other males even those superior to it in the hierarchy. Males in mutsch are especially agressive and are easily recognizable  by the liquid which comes out of their temporal glands. Outside the mutsch, hierarchy is based on age, size and tusks' length. If not sufficient, males may spar in order to determine their respective ranks in the hierarchy. 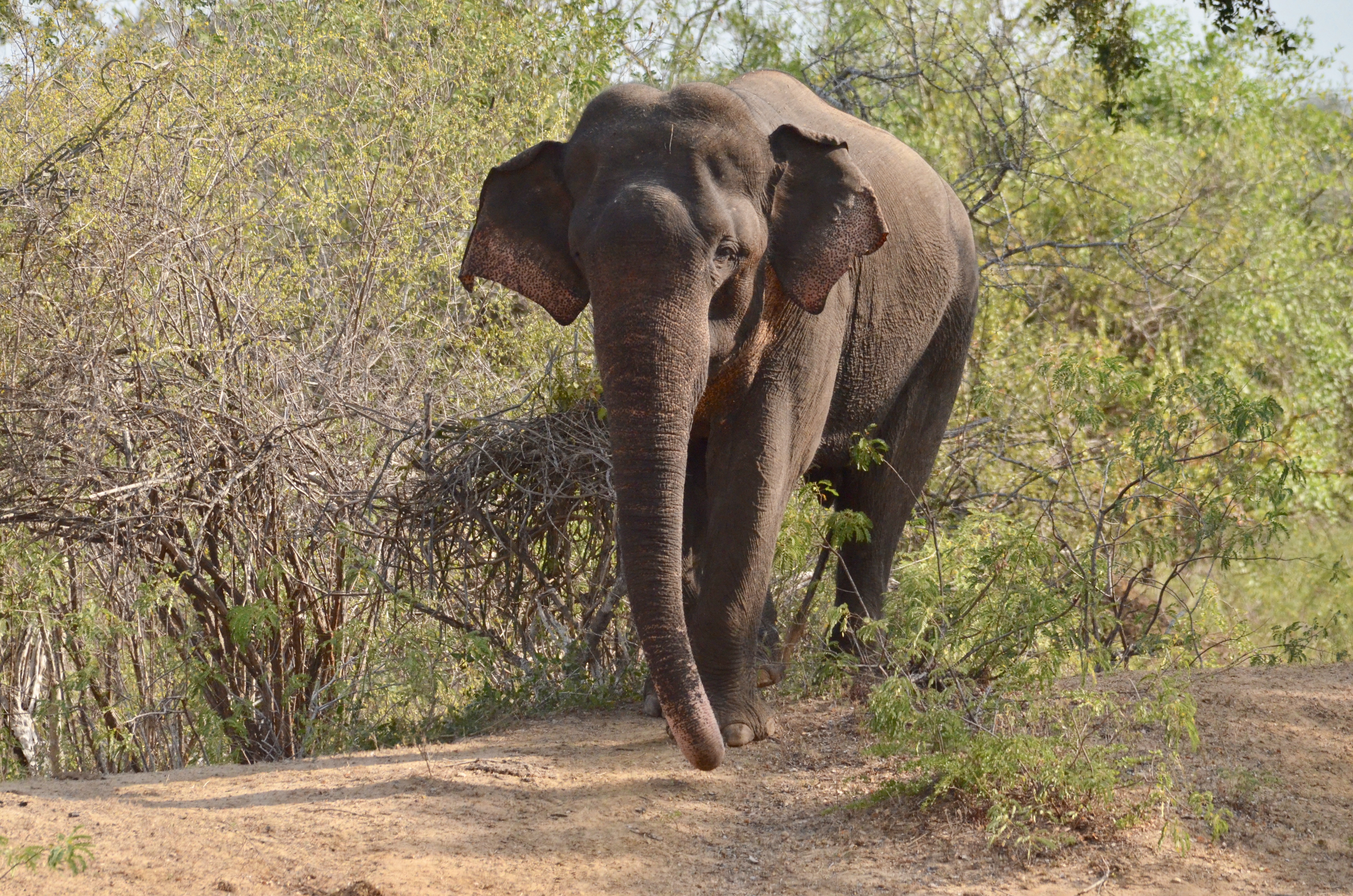 Food:  Eclectic, the elephant is both a browser and grazer. It eats foliage, fruits, grass and bamboo. It can consume at least 10% of its bodyweight per day. Its digestive system is relatively inefficient which it compensates by the volumes of vegetable matter ingested (150 to 200 kg per day).

Predators: None. Tigers attack calves. There are some records of tiger attacks on adult elephants.

Best places to see it: Wild Asian elephants can be encountered in South India especially in Periyar and Bandipur but also in Rajiv Gandhi National Park. In the North, you can see it in Corbett National Park. It is quite common in Sri Lanka where it can be easily observed in Uda Wallawe, Yala National Park, Wilpattu National park, Minneriya and Kaudulla where they gather in impressive numbers which is quite unique in Asia.