This is an animal that you are sure to see. Langurs are seen everywhere even in cities and are not scared of men. They are revered by the hindus which assimilate it to the monkey-god Hanuman, Ramayana's hero and incarnation of Lord Krishna. They live in group averaging 20 individuals. Adult males rule and coordonate the troop's activity. Manifestation of dominance are not as demonstrative as with other primates. There are also all-male groups, or mixed groups with several males. Mixed troops with only one adult male are more likely to be victims of attacks from all-male troops. In such circumstances and if victorious, the later might commit infanticide to perpetuate their genes.

Within the group, hierarchy is the result of fights between males. For females, hierarchy is based on physical condition and age. The younger the female, the higher it will be in the hierarchy. Females remain all their life in the same troop. In mixed groups, only the most powerful males will be able to mate, in single male groups, the dominant male will have an exclusive right to mate.

Langurs feed on the ground but always remain close to trees in which they can climb in case of danger. Langurs are the jungle vigilants. They enjoy a symbiotic relationship with  axis. Langurs, because of their high position in trees associated to their good vision, are in the best position to spot predators from afar and will alarm call thus warning the deers. The deers also benefit from the langurs presence by eating the fruits that they drop on the ground. As for the langurs, they benefit from the keen senses of the deers like smell and hearing, especially when they are on the ground. 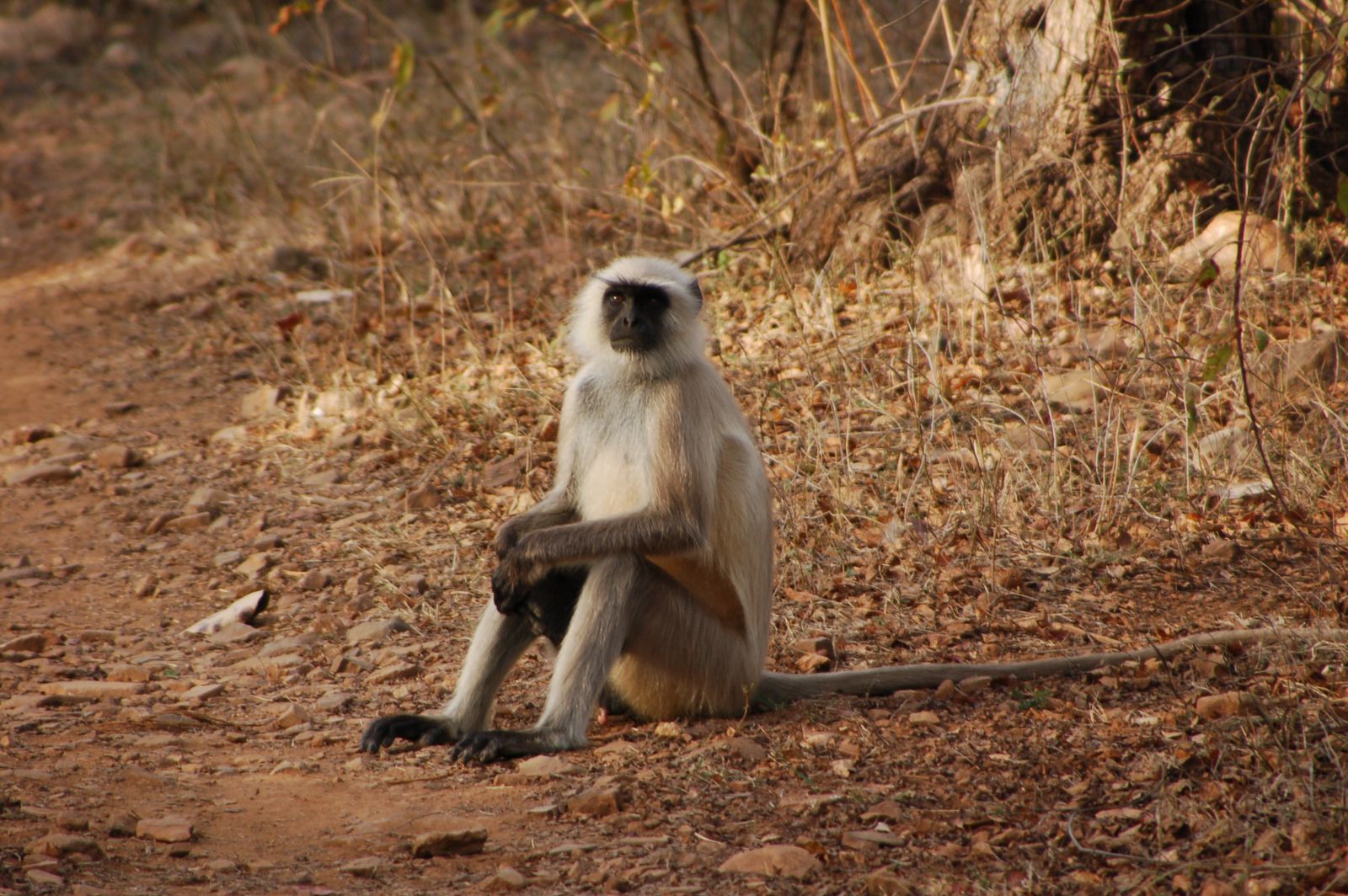 Predators: The leopard is the most feared predator as it can climb trees to snatch a monkey. Langurs has a special alarm call for leopards which differs from other alarm calls for other predators. Leopards sometimes pretend to climb trees to prompt langurs to come down so it can catch them more easily.

The second most feared predator is the python which also has a distinctive alarm call. Tigers, dholes, striped hyenas, wolves and crocodiles very occasionally prey on langurs if they can catch them unaware on the ground.

Best places to see it: Widespread in India, even in cities. Very easily seen. Common in Sri Lanka, it can be observed in Yala National Park.