In India's predator hierachy, the leopard is second best behind the tiger and at the same level as the dhole. It is different in Sri Lanka where he is the apex predator. It is infinitely easier to see a leopard in Sri Lanka than it is in India, especially in Yala and Wilpattu. Sri Lankan leopards are usually bigger and more powerful than their Indian counterparts. They regularly take down big prey like sambar stags and young buffalos.

The Indian's leopard biology is similar to that of the African leopard. It is a solitary animal and adults meet only to mate. It is very adaptable and it is present in all ecosystems in the country from arid zones to dense forests and even mountains making it the most widespread carnivore. Its diet is diverse from rodents to big deers including also swines and primates. Indian leopards do not seem to hoist their kills in trees as frequently as in Africa. the explanation could be that the forest cover in India offers more hiding place against hungry eyes than the open savannahs of Africa. In Sri Lanka, hiding kills in trees is not necessary as there are few animals bold enough to challenge a leopard aside from big marsh crocodiles or a cheeky sloth bear at its own perils. 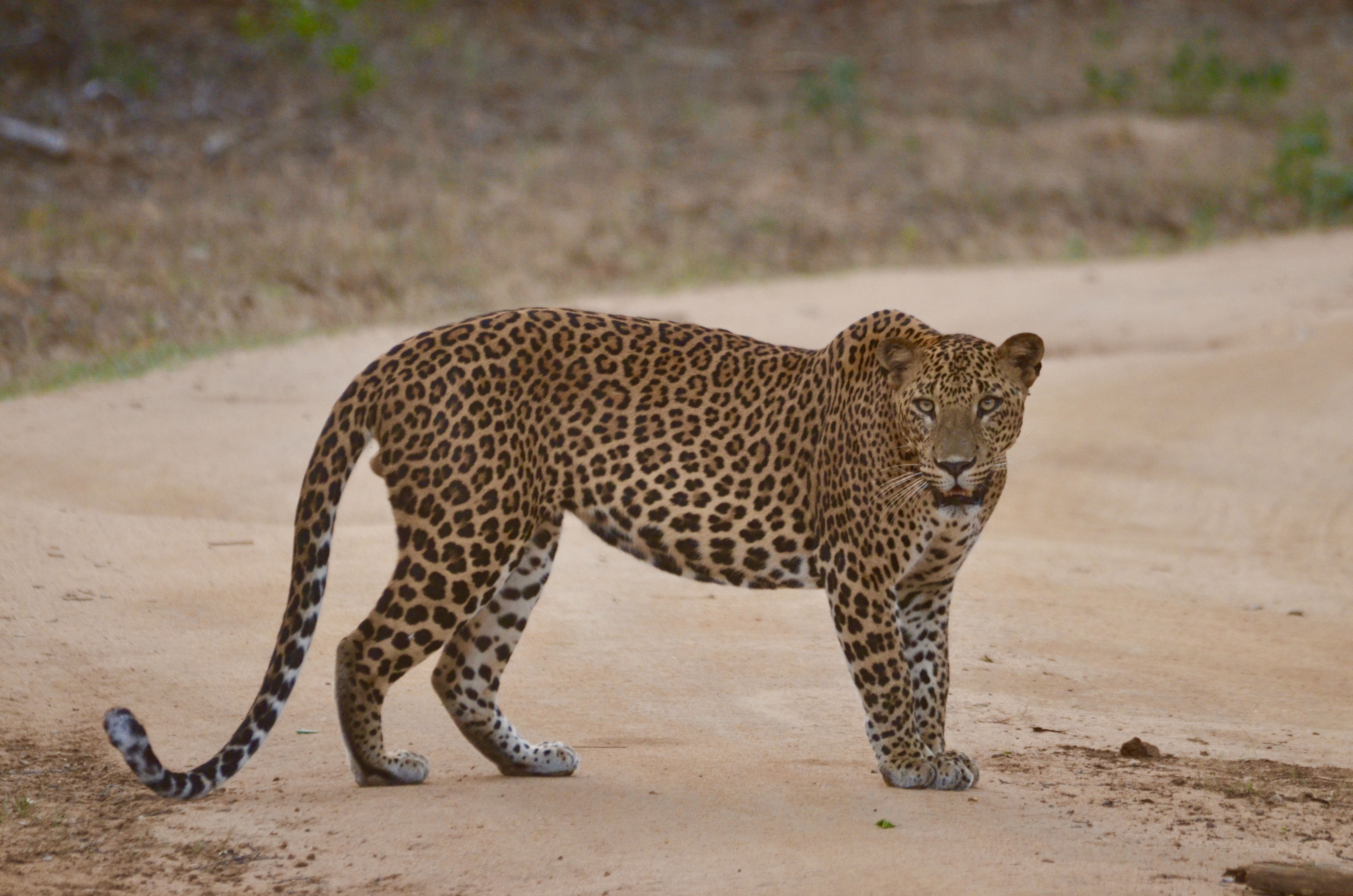 Prey: Medium-sized ungulates mostly: axis deer, hog deer, barking deer, chowsingha, Indian gazelle, blackbuck, serow, Nilgiri thar, wild goats and sheeps (argali, urial, markhor, ibex), young an females of bigger species such as sambar deer, barasingha nilgai. They are occasionally able to prey on sambar stags, nilgai bulls, takin, young gaurs and Asian buffalos. They also attack all predators smaller than them (small felids, viverridae, mustelidae) but more especially canids such as jackals and even adult wolf or dhole if they without the support of their pack.They are quite partial to primates. Birds and reptiles such pythons and small crocodiles are also part of their diet.

Competitors: The tigers is the ony real and serious threat. A leopard doesn't stand a chance against a tiger which can easily kill it. When they meet, the leopard usually seeks refuge in a tree. Forest cover is thus key for the two big cats to coexist. Big crocodilians such as marsh crocodiles and salt water crocodiles may represent a marginal threat. A pack of dhole if numerous enough may also represent a threat (at least 5 members). However, a leopard is no match for a single dhole or a couple of them. It can also fall victim to kleptoparasitism from bears and striped hyenas. Usually, leopards avoid fights with bears and striped hyenas and will let them appropriate their kills in order to avoid any injury which could weaken its ability to catch prey. However, every now and then, the leopard wlll stand its ground and even chase away bears and striped hyenas. The striped hyena is especially at risk in incurring the wrath of the bigger male leopard.

Best places to see it: Completelu unpredictable in India, it is present in all parks and even outside but it is shy, elusive and nocturnal. To make things worse, the forest cover makes it especially hard to spot it. The Indian leopard is much more harder to see than its African countepart. According to guides, chance to spot an Indian leopard in the wild is less than 10%. A former ranger which spent a whole year in Kanha did not see any. Personally, I saw four during a one week stay in India, including two at Ranthambore and two in Bandhavgarh but this is extremely unusual and exceptional.

There are maybe two places in India where leopards' sightings are more frequent: Bera in the North West of the country and at Kabini within Nagarahole National Park. The Gir forest is also a good bet even if the leopard shares the place with the Asiatic lion. Tadoba in Maharashtra seems to offer better opportunities than elsewhere. If very lucky one can hope to see leopards, in Ranthambore, Bandhavgarh and Kanha.

The odds of sightings are significantly better in Sri Lanka. Yala National Park is probably the best "leopard destination" in the whole of Asia on par level with the private South African game reserves of Sabi Sand and South Luangwa National Park in Zambia. I saw more leopards in Yala (15 sightings) than in 20 years in the best African and Indian parks and reserves combined. Wilpattu National Park also offers good opportunities.