The sambar is the biggest deer species in India and South/South-East Asia. it is also the most widespread from India to Indonesia and Indochina. The sambar is the least sociable of Asian deers. The herds consists of three to five individuals, usually two or three hinds with their young. Males are solitary and non territorial. Temporary herds may regroup up to ten individuals in case of abundant feeding resources or as a predator avoidance strategy. Males generally lose their antlers in March April, they will begin to grow again in May and will be covered with velvet in November. Males may sometimes tolerate each other even during the rut if there are enough receptive females. They wil nonetheless matain their dominance and their hierarchical position through numerous dominant displays (antler and body rubbing on trees, wallowing, preaching, body and lateral displays). Dominant displays may be used to avoid direct fights which are usually a last resort measure. 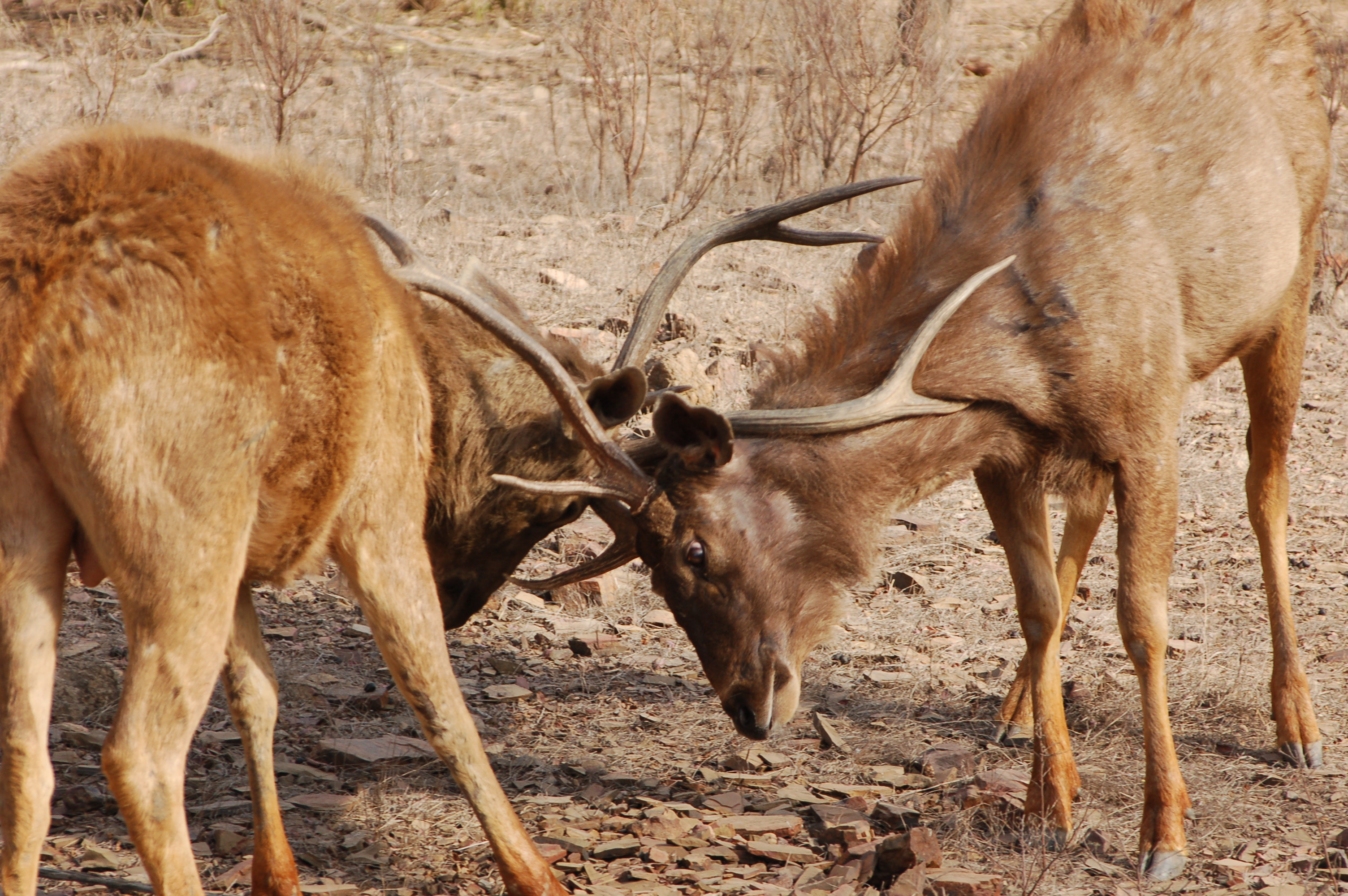 Habitat: From meadows, open woodlands to tropical and evergreen rainforests. They are never far from water. Contrary to axis deer, sambar is partial to forests with dense vegetation and important tree cover. He also affectionates hilss and slopes.

Predators: Sambar is the tiger's favorite prey. In Ranthambore, they do not hesitate to chase sambar up to the middle of lakes in Ranthambore. Dhole packs, marsh crocodiles and leopards also prey on adult sambars.Young are also preyed on by jackals, striped hyenas, Indian wolves and more rarely bears (black, brown, sun bear and sloth bear). Sambar is a difficult prey and will stand its ground against predators except tigers. A male sambar has already been keeping a leopard at bay, forcing it to take refuge in a tree. Hinds can also stand their ground against dholes to protect their young. The sambar alarm call called pooking is a sure way to detect a predator in the jungle (tiger or leopard).

Best places to see it: Found in all major Indian parks and reserves just like the axis but in lower numbers. Ranthambore,  Kanha, Tadoba and Bandipur are maybe the best parks to see it. It is rather shy and elusive in Sri Lanka but quite common in Horton Plains National Park where it is the leopard's main prey. It is not common in Yala.